Maria Proves Why She Doesn’t Belong in WWE 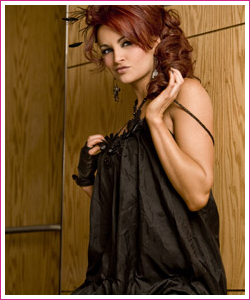 Never before have I just watched on in amazement. Last night, Maria substantiated every question and doubt that I’ve ever had in her and proved to me just why she doesn’t belong in the WWE – or any other wrestling company for that matter.

How someone can screw up something so simple is beyond my comprehension. Maria has never been the best wrestler, wrestling just isn’t something that came naturally to her like it did to others in her boat (Michelle McCool, Maryse). And as hard as she tried, she could never match those who like her, struggled at first to grasp the sport (Candice, Kelly Kelly). But unlike those four examples, Maria continues to look uncomfortable in the ring and it isn’t a pretty sight. I have often described her wrestling style as ‘spastic’, from the way she hits clothelines, the way she jumps from the turbuckle. Any time I think about Maria wrestling, I just picture her with her arms flailing everywhere.

Nothing looks as pristine as it should. But last night’s ‘attack’ on Michelle McCool really took the biscuit, she’s had some passable matches for sure, but on SmackDown this week she just proved, plainly and simply, that she’s not destined to be a wrestler. Her failed attempt at forearms or whatever they were meant to be, just came off looking limp and yes… spastic. And yes, thinking about it now, I picture her with her arms flailing everywhere. There was nothing believable about it, there was nothing vicious about it, which is what it was intended to be. It just looked awful on screen and if I were producing this show, I would have edited it out before it could hit TV. Obviously, WWE is willing to overlook this which is fine considering they have storylines to put over on a weekly basis.