Mia Yim reflects back on her time with Impact Wrestling 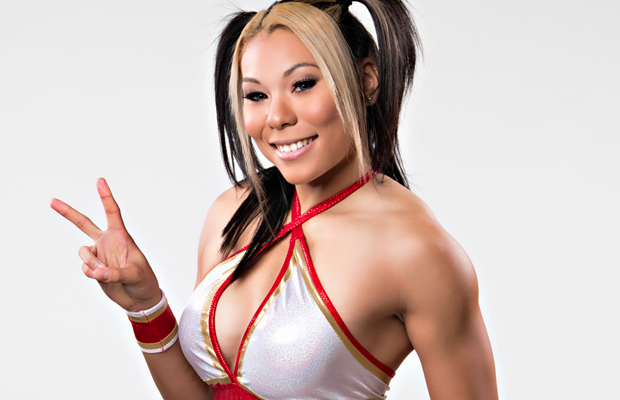 In 2015, Mia Yim made her official Impact Wrestling debut during the company’s special TKO: A Night of Knockouts event when she debuted as Jade alongside Marti Belle. The duo soon teamed up with Taryn Terrell to form The Dollhouse.

A year later, Mia would break out as a solo star and go on to win Knockouts Championship in a triple threat match against Gail Kim and Madison Rayne. Although she lost the belt to Sienna at Slammiversary that same year, she was on a mission to try and recapture the gold through a series of stipulated matches against Rosemary dubbed the “Red vs. Blue” war before departing from the company earlier this year.

In a interview with Impact Asylum’s Jason Blade, Mia discusses her time with Impact Wrestling, getting the chance to work with her hero Gail Kim and her decision to share her story of domestic violence. Highlights of the interview below.

On her time with Impact Wrestling: “Impact was a lot of fun, I got to make new friends and learn so much. Everyone from Gail Kim to Rockstar Spud to Shane Helms and the Hardys have helped me. I spent 6 years in the Indys at that point so that was most of what I knew so It was awesome getting to know what national tv wrestling was like, how it worked, and getting to pick the brain & work alongside many respected wrestlers especially those I grew up watching  like The Hardys, Gail Kim and Kurt Angle. What the best thing about all this too was that I was able to be with my best friend, Marti Belle, through it all.”

On the Dollhouse stable: The creative driving force was Christy Hemme and I have to say that Dave Lagana and Billy Corgan helped with it as well. I know The Dollhouse was Christy’s baby and it was a fun challenge to make her imagination come into life with this group. Like I said earlier, I am a tomboy so this was way out of my comfort zone so I was blessed to be with two girls who knew what they were doing and could pick from them. I think it could have lasted longer but I am not complaining. It was nice to have some time to be fully me, a badass that is ready to throw down rather than a doll in a playhouse.”

On working with Gail Kim: “I respect Gail as a worker, a businesswoman, and a friend. Even my dad loves her and thinks she’s the best influence I have in wrestling. Gail has always been my big sister to go to whether I had questions about wrestling or dieting or working out or even just to have a conversation with. What made me absolutely love her was when we first had a match, the first thing she said was [like] ‘Treat me like the indies, I want you to lay it in’ which shocked me. My first day there, I get to share a locker room with a woman I watched as a kid and she wants me to not lighten up and to just work like I have been the last 6-7 years?? She is incredible and I respect her even more for always putting 110% into everything she does.”

Opening up about her experience with domestic violence: “After going through that experience and after talking to a few of my friends who are also wrestlers who have told me that have been through the same thing, I felt like I needed to speak up about it. As female wrestlers, we have to live up to such standards that being a ‘victim’ in domestic violence is just hypocritical in some minds. Because we have intergender matches, how can we be in a violent relationship at home? I know a lot of us, not just wrestlers but female athletes, CEOs, mothers, etc., we are looked at as ‘liars’ or what did we do to deserve this and there is A LOT of victim blaming. I needed to stand up and tell the world that as a female wrestler, I have gone through it and I stand against it. It is ok to speak out and to get help. There are plenty of resources online, I know Safe Horizon helped me through my situation along with close friends and family. There are people that can help you, even if it is just a shoulder to cry on or a listening ear. Abusers thrive off control and silence so speak up, get help, you are not wrong. You deserve happiness.”

Mia also discusses how she broke into the wrestling business, her feud with Rosemary and being able to train as well as compete all around the world.

What did you think of the interview? What are some of your favorite memories of Mia during her time with Impact Wrestling? What do you think is next for Mia in wrestling? Let us know in the comments below!