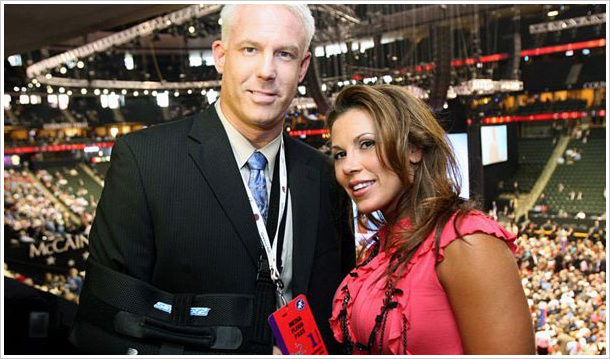 We had Candice Michelle at the Democratic National Convention, and now we have Mickie James at the Republican National Convention – who knew the Divas were so political? Mickie, along with Mr. Kennedy, appeared at the Convention, speaking with press about the “SmackDown Your Vote” initiative and meeting celebrities such as actors Robert Davi & Kevin Farley and the Tonight Show’s Mo Rocca.

So, we have two Divas on either side of the political spectrum – Candice on the left, and Mickie on the right. Hm.. Sounds like one helluva political race – who would you vote for?