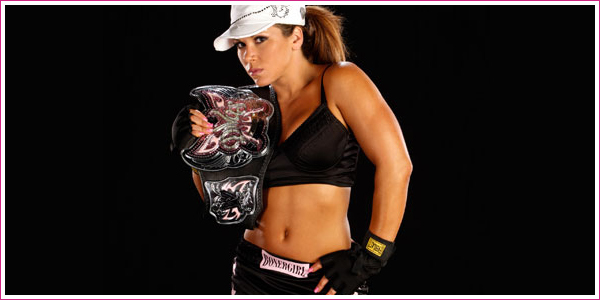 A contact in the ‘E has been reading your comments and in an e-mail last night, insisted that Mickie James‘ loss on Monday night was not seen as a punishment for last week. They continue that the Divas Champ didn’t see it as such either.

This all stems from Mickie’s surprise loss to Alicia Fox on Raw, in the six Diva ‘boxing match’ after her unsavoury expression last week on Raw following that match with Gail Kim.

Meanwhile, it has come to light that most of the show had to be reworked due to Floyd Mayweather’s troubles with the law. Raw Roulette plans were scrapped due to Mayweather telling management he would be late, ultimately he turned up an hour into the show. This is just me speculating but I’m guessing with the re-works they didn’t put much effort into the Divas’ finish, which is not uncommon.