Natalya’s Impressive With a Pen Too! 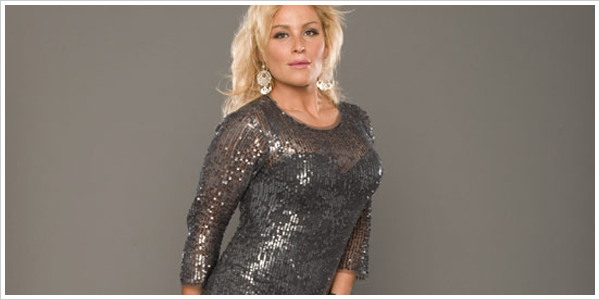 It’s no secret that I’m a big fan of third generation Diva, Natalya, oh what an impact she has made in just three short months! And now with the launch of her own Fan Nation page, Natalya proves that not only is she gifted in the ring – but she’s a pretty darn good writer too! Me thinks if Natalya’s career ever gets cut short (God forbid) she has a career in Journalism!

Read Natalya’s latest blog which was posted last night, in which she talks about the Divas Championship and her new hair colour below:

Hey, guys! I am excited to write you all again so soon…I am sure by now all of you have seen the debut of my new hair color on Smackdown. I decided that I wanted to really be bold and do something to stand out from the other divas.

To be honest, I was nervous of leaving my blonde locks behind, because I have always been blonde. But, I decided to do it with the attitude that “change is good!”

I took a deep breath and dove right.in..which is exactly what a third generation diva does in the ring, too! It takes courage to change, to step up to the plate and take the unbeaten path. It’s not just about your hair color, either. It’s about being you! I feel like that is one of the best parts about being in the WWE… that our differences and “idiosyncracies” are valued and celebrated.

On Smackdown, Mick Foley asked me what my inspiration was for turning red…and I thought about my dad. My dad has that crazy red goatee…and he is an inspiration in my life for many reasons. In this particular case, though, it’s because my dad dares to be different! I admire that so much, and I would like to think I have some of those very same qualities from him…

…and yes, my dad did take his shirt off in one of my parent/teacher meetings. He wore spandex with black and yellow stripes, a fanny pack, knee pads, and rode around on a Ninja motorcycle. He was pretty cool but totally crazy at the same time. How he acted in the ring, was just an extension of his personality in his everyday life. He always left an impression and you never forgot him once you met him.

My dad tought me that being authentic and original is something that money can’t buy. Everything you need is right inside of you.

That brings me to the new Diva’s Championship and how I feel about facing Michelle McCool. I have to admit, I have been watching her very closely and carefully studying her in ring ability. I have a different respect for her now, because she has proven to me she is a contender and has the heart of a true fighter. In fact, she is one of the hardest working divas in the WWE and she has a “no quit” attitude. The question remains, though, can she survive in my “dungeon?” Let’s go!

“What’s possible has been done, what’s impossible will be done.” -Dr. Tom Prichard