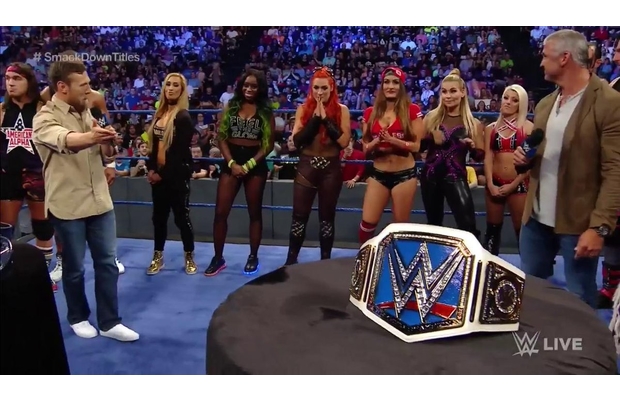 Tonight after Daniel Bryan teased the introduction of two new titles on SmackDown via Twitter, the highly anticipated reveal of the SmackDown Women’s Title was made. Bryan and Shane McMahon announced that all six women in the division will participate in a six-pack challenge at Backlash to determine the first SmackDown Women’s Champion!

"Which one of you will be the first-ever @WWE #SmackDown Women's Champion?" – @WWEDanielBryan #SDLive pic.twitter.com/zc9btSAsJw

Check out the reveal here:

Backlash will air on September 11 at 8 pm ET on the WWE Network.

Who do you think will make history as the first champion? Sound off in the comments below.