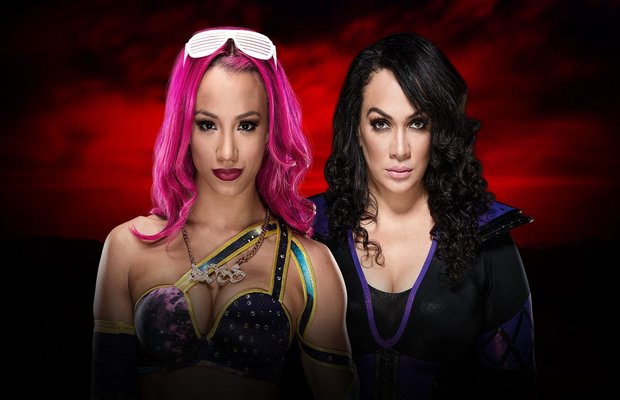 WWE has announced via Twitter that Nia Jax and Sasha Banks will square off at Sunday’s Royal Rumble Kickoff show.

The match comes weeks after numerous confrontations between the two Superstars. the latest taking place on last night’s episode of Monday night Raw that Sasha take down Nia following her quick win over Ray Lyn.

WWE.com has written a compiled a small briefing of Nia’s dominance over Sasha since her Iron Man Match against Charlotte Flair at Roadblock: End of the Line as well as Sasha’s opportunity to assert herself within the women’s division again:

Nia Jax may have “broken The Boss,” but Sasha Banks won’t stay shattered for long as the two are set to clash on the special two-hour Royal Rumble Kickoff, this Sunday on WWE Network.

“Looking to assert her supremacy in the teeming Women’s division of the New Era, Nia singled Sasha out as easy pickings following The Boss’ brutal defeat at the hands of Charlotte Flair in a WWE Iron Man Match in December. Ever since then it’s been relentless punishment at the hands of the mighty Superstar, with Sasha unable to keep her legs under her long enough (literally) to mount a challenge.

However, everyone knows that Sasha refuses to stay down for very long, even with seemingly insurmountable odds against her. And now that Banks has a date with her tormentor, perhaps The Boss will find her footing and leave Jax in the dust.”

Are you excited about this match? Who do you think will win come Sunday? Let us know in the comments below!