Nikki Cross discusses her role in Sanity in latest interview 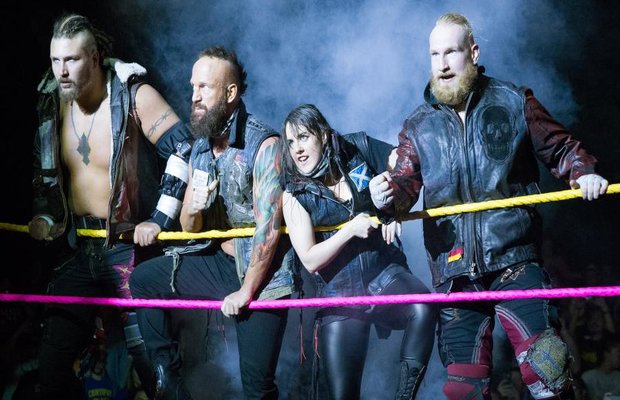 Nikki Cross is an unpredictable ball of terrifying energy. Though she didn’t leave TakeOver with the gold, her psycho smile at the end of the bout signals she’s not done yet with the Women’s Champion. In a recent interview with ESPN she discussed her role with Sanity, her match at TakeOver, and more.

On her role as being the only woman with Sanity: “We have a little tiny, psychotic, crazy, 5-foot girl. I think the ‘Suicide Squad’ with Harley Quinn, the new ‘Resident Evil’ movie that is coming out — these are strong female roles. People love women. Having a woman in the group gives it that unpredictability, that edge.”

On how she gets into character: “Basically I just think about stuff that would make me that angry at the world and things that make me distressed. It’s basically thinking about every bad thing that ever happened to me or a family member and you just bring it to the surface. The whole world is against you.

On her match at TakeOver: “I definitely feel blessed and grateful. I’ve been in NXT less than a year. But at the same time it’s like, this is where I always wanted to be and I’ve always had the confidence in what I do. I’ve always felt confident in the connection I could make with people.”

On training for the squared circle: “Being that physical has been the way I was trained since Day 1 in Glasgow, Scotland. Generally, my upbringing was quite rough in the East End of Glasgow, so I always had to defend myself and be ready for everything. So the type of physicality for this role is not that much of a departure. It’s fun getting to dropkick guys from the top rope. I like that.”

What do you think is in store for Nikki? How would you book her? Sound off in the comments below.