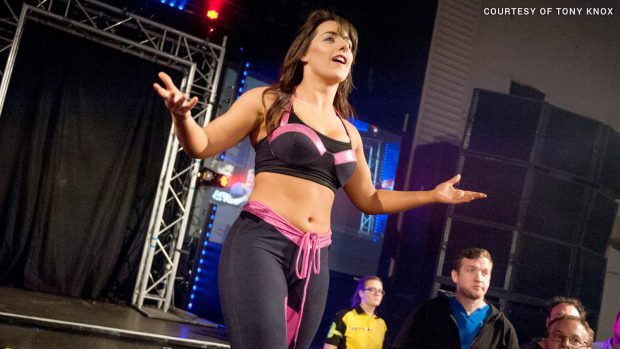 NXT Superstar, Nikki Glencross, spoke to the UK’s Telegraph Newspaper regarding the WWE’s women’s revolution and what it takes for a woman to be successful in the wrestling industry. Still eagerly awaiting her NXT television debut, here’s some of the highlights:

On her start in the business:

“I decided to look into wrestling schools while studying at the University of Glasgow and went down to the Scottish Wrestling Alliance. It just felt right. I knew this was where I was supposed to be. I kept training – four or five times a week, fitting it around shifts at a fast food restaurant.”

On being intimidated by the business due to being a woman:

“It crossed my mind, but it was never a factor. If there have been obstacles or prejudices, they didn’t matter to me – they’ve driven me to succeed. I just get on with it. That’s me.”

On the WWE’s women’s revolution:

“The revolution has been great to watch, it’s empowering and sends great messages. We’re role models. Girls and guys look up to us.”

On where she sees herself in the future:

“WrestleMania, baby, I know how driven and ambitious I am. I have this image of me holding up the Women’s Championship, or making a Hall of Fame speech, years down the line. Those are the things I imagine for myself. I don’t see any reason why I can’t be there.”

What do you think is in storm for Nikki when she debuts? Do you think she’s ready to take on Asuka for the NXT Women’s Championship? Let us know in the comments below!