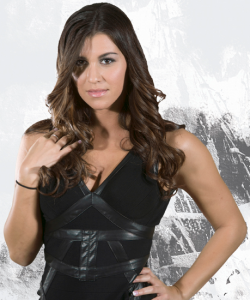 NXT Diva Dani has reportedly quit WWE’s training facility for an office role within the company, according to the Wrestling Observer Newsletter.

Dani, real name Alisha Ceraso, was signed to a developmental deal back in October, and is now returning to the corporate job that she held before giving wrestling a try.

The Connecticut-based fitness model debuted on NXT last week in a segment with Sasha Banks.

Thoughts: Unfortunately, it seems that competing in the squared circle wasn’t Dani’s thing. She looked fantastic and had a inspirational back-story, yet wrestling definitely isn’t for everyone. However, it’s nice to see that WWE have let her return to her previous corporate position with the company.