Good day everyone, and welcome to this weeks (highly anticipated… by me at least) NXT Redux! This week we’ve got matchES! We’ve got SegmentS! We’ve got everything I could ever ask for, and so this week I’m skipping the intro because I have nothing to say that won’t be said and applauded below!

Headbanging Becky Lynch two weeks in a row! She storms into the ring and shakes about in the fashion we’ve come to expect. As the crowd continues to insanely love her like we’ve also come to expect of them. Her opponent is our Women’s Champion, Charlotte! Charlotte flips and splits inside the ring as the bell sounds and we lock up. “Becky” chants form instantly as they jockey for position and trade arm drag attempts until Lynch scores. Charlotte tries to gain control as Becky keeps a hammerlock applied. Jesus! Becky goes after the leg and slams Charlotte’s face into the canvas sharply, then trying to capitalize with a knee submission. Counter out! Bridge out! Roll through! Armdrag! I cannot keep up with this.

Charlotte scores with a backbreaker and nails a few elbows, transitioning into the figure 4 head lock with repeated face slamming to be had. Bridge attempt breaks out! Charlotte nails a knee, but misses a dropkick attempt! Becky with a shot or two to the face, followed up with a boot and a double clothesline. Both women try to regain their composure, but it’s Lynch who makes a comeback first. She runs off the ropes with a trio of legdrops, the last of which spun around at the last second! Becky goes for a suplex, but Charlotte reverses into one of her own for just a two count.

Becky nails a kick in the corner, following it up with a leg lariat for a two! Noooo headbanging Becky Lynch nooo, Charlotte hits the neckbreaker and wha-bam!~ Natural Selection scores for the victory.

Renee Young, Rich Brennan and Alex Riley speak about what just happened involving Sylvester Lefort, Marcus Louis, Big Cass and Enzo… but are suspiciously cut off by Cass and Enzo still in the ring. Cass wants another match to take place and calls out someone in the back who was wearing blue pants for some reason.

It’s Leva Bates! On NXT! In blue pants! I love her pose on the ramp — soak this moment in Leva and please get more where it comes from. Renee Young dubs her a Kitty Pryde lookalike, as Enzo introduces her opponent… 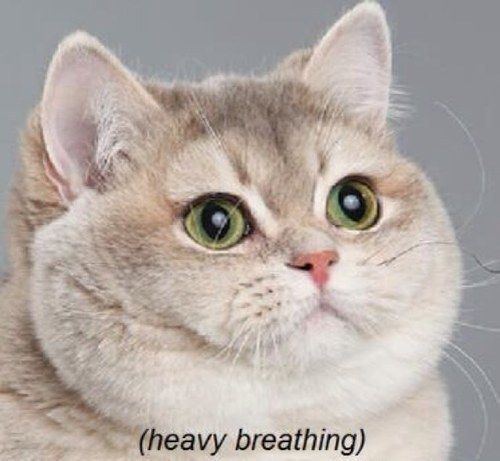 What in the world wide web of jammable national anthems is this angelic piece of work? Move over “Sky’s the Limit”. Move over “Bling Bling”. Move on over “Turn it Up”. Carmella’s theme song has descended from the heavens and officially takes the cheetah print laced crown for the catchiest and best thing I’ve ever seen someone walk towards the ring to.

I bought it and I want CFOdollarsign sent Grammys.

Carmella struts down the ramp like the second coming of theme song Jesus, plowing down every pair of eyes gazing upon her badass-ness one set at a time as she awaits Cass to hold the ropes open so she can step through. Once inside, she amazingly plays up the various romantic tension (in his mind) between she and Enzo, doing a double smooch to Cass while restricting him to merely an arm bump. Carmella fires off pose after pose, then removing her fur coat as the bell sounds and she gets ready to face Leva.

The two lock up and Bates shoves her back into the corner, pounding her stomach with some head shots until Carmella pushes her and nails a dropkick! An Irish Whip into the corner by Leva, but Carmella dodges and drops her like a sack of cosplaying potatoes, spinning forward into a beautiful leg submission that forces Leva to tap instantly. Diamonds on her neck, yes she’s fabulous.

Carmella celebrates her win with her two cohorts, posing and checking her manicure… officially completing the perfect stable in NXT going. I’m obsessed.

We then head backstage to see Sasha Banks checking her makeup in the mirror, which means something big is about to go down because that mirror only presents itself when a turning point is on the horizon for the Divas.

Turning point revealed — Becky Lynch has a voice! And it’s a beautiful heavily Irish accented one!

Now I know NXT didn’t listen to me because this has obviously been filmed since the last taping weeks ago, but dammit, thank you. She approaches Sasha and tells her that what she did last week (allegedly since we’ve still never found video of this mysterious segment) was DISCOOSTIN *cries tears of joy*, and she hopes she gets what she deserves. Serenade us with your accent Becky Lynch, I want more.

Sasha, however, is not here for this sob story, claiming that what’s coming to her is the Women’s Championship. You see, she took it upon herself to take matters into her own hands and put herself in the champion’s segment at Takeover. She made the title feud her business, instead of working through Diva after Diva and being respectful to everyone like Bayley. Just like Summer Rae told her last year, if you want to get to the top… you have to do whatever it takes, and that’s what she’s doing. She brings up Becky’s repeated losses to Charlotte and believes that perhaps our Irish Punk Rock lover needs to look at herself in the infamous Diva mirror backstage so she can find out what needs to be done to change her own self up.

ALSO – Special Congrats to new Diva, Dasha (ring name TBA), for debuting as an interviewer on this week’s episode. I’d include video, but you know… the whole network exclusive feed containing segments that don’t air on the Internet versions and all. Still, go Dasha go!~ 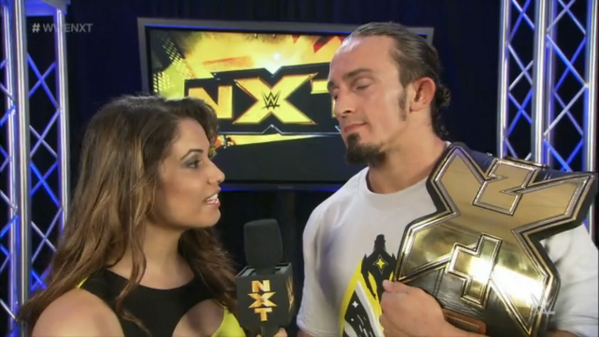 Thoughts: With Charlotte & Becky, this is my absolute favorite outing of theirs so far! I’ve never really even near disliked any, and there have been some show stealers in the past as well… but this one takes the cake. It was so back and forth, trading shot for shot over the entire course of its run. Honestly, this is one of those matches I want to use as an example of not needing a ton of time to put on something great. They only had a few brief minutes to go out there, even including entrances into that as well, and they shined. Becky’s slowly but surely showing that she’s not here to be forgotten about or kicked to the side, debuting a few new moves each time she steps out there (while keeping my favorite move in wrestling… her bridge!). Also not counting the live specials, this is one of Charlotte’s best showings in NXT to me as well, mostly because it seemed way more back and forth which allowed her to really show off how freaking good she is at taking moves and playing up a more evenly paced outing than just walking in and primarily dominating. It just sort of had a different feel to it than their past matches, and I highly commend both for going out there and differentiating themselves from their past work. It’s like the fall version of Bayley vs. Sasha Banks!

The segment later on in the show between Becky and Sasha was everything too. My pleading was answered! Sure, it was only one line… but I don’t care. I’d have taken one word. It’s absolutely great that NXT is serving us this continuity from almost a year ago when Summer did the same sort of segments to Sasha, which has turned her from a scared newcomer to the top boss in town that is now recruiting her own backup in the exact Diva who faces the same problem Sasha did at the time in being sort of in the background and not winning too often. It’s perfect and I’m so excited we got this segment tonight (featuring the return of the coveted mirror to boot). Hoping for another few weeks or so of these to build Becky up and give her this needed character boost/newfound direction. Take us to the promise land Banks n’ Becks!

Carmella! Leva! The theme! Okay, in my opinion Carmella’s debut was handled absolutely perfectly. Some might complain about it only being two moves, but with the backstory of her training just starting a month ago, I think that’s actually what was needed. She can’t just have one month of training and bust out everything she clearly knows how to do from her year of working in NXT, so for me the shortness actually worked. That will probably be the only time I ever say I’m okay with a Divas match containing less moves than I have fingers on a hand, but because of the storyline building to it, I was completely sold.

Also, her finisher is so cool. Like… it seems so simple and effective that you’d think it’d be as commonly used as a DDT, yet I’ve never seen it done on TV before. F-A-B-U-L-O-U-S (Yes) indeed.

Apologies in advance for how much I’m going to reference this theme song into the ground. Please don’t hold it against me.