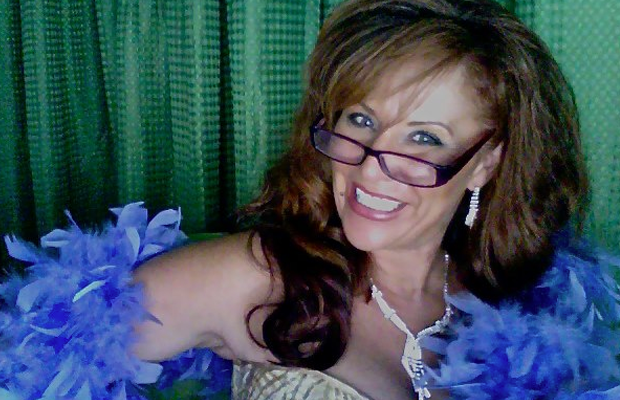 The Cauliflower Alley Club’s official audio show, CAC Radio, recently interviewed original GLOW girl Ashley Cartier. Ashley is best known for her time teaming with Tina Ferrari, the woman who would come to be known in the WWE as Ivory.

She gives some insight into the early days of GLOW, as well as the very beginning of Ivory’s wrestling career.

On the CAC Reunion becoming an unofficial yearly reunion for the GLOW girls: “We’ve kind of designated the CAC reunion as our time to reunite…Some of the girls, like my partner Tina, I hadn’t seen for 20-25 years. I’d spoken to her on the phone, but we hadn’t seen each other in that time.”

Why are the GLOW girls so popular with fans? “We’re all pretty much down to Earth girls…We’re approachable…We have a lot of fans that come to the CAC that are older, so that’s where the interest is.”

On how she came to audition for GLOW: “I got a call from my agent..It was supposed to be like an action children’s show. It turned out to be wrestling, which scared the bejesus out of me. I had never even watched wrestling.”

Convincing her friends to join her in GLOW: “I talked Tina and Jungle Woman into it. That’s the only two I could get to do this crazy thing.”

On using her and Tina’s cheerleading past for their gimmick: “We would go into one of our routines from when we cheered together. It was silly as all heck, but it was effective, I think.”

On why she and Tina were teamed up: “We had been very good friends before the show. We lived in a hotel room. We never fought.”

On the less-than-glamorous nature of their shooting location: “Well, considering that they had mud wrestling downstairs..”

GLOW’s weekly schedule: “We would work on the action all week long and then do the live show on Saturday.”

Does she still watch her old matches? “I get caught for hours…I just like to watch!”

It’s a great look back at a unique time in women’s wrestling, and a nice history lesson for those who are more familiar with the modern era. Click here to listen to the full interview.

As a bonus, check out Ashley in one of her hilarious “Asking Ashley” GLOW segments. It’s more 80s than an early Madonna music video:

Who is your favorite GLOW girl?