Photos: Thea Trinidad’s Behind the Scenes Look at ‘Army of the Damned’ 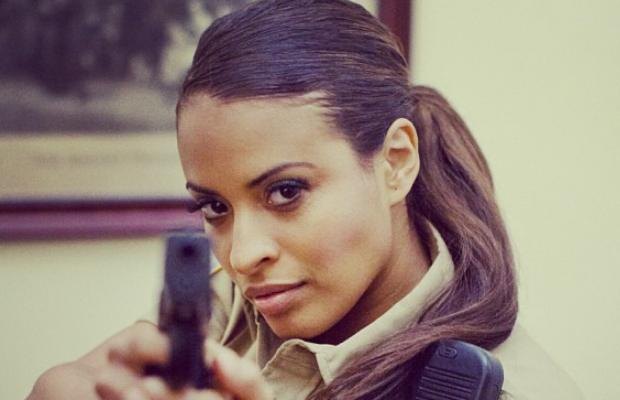 Former TNA Knockout Thea Trinidad has posted several images on her Instagram account that give us a sneak peak at her new movie Army of the Damned.

Trinidad, formerly known as Rosita in TNA, plays Officer Lawson in the film. IMDB describes the plot as: “A hit reality TV show goes horribly wrong when a group of small town cops respond to a call that brings a whole new meaning to the phrase, domestic disturbance.”

Amongst the photographs uploaded, Thea is seen posing with a gun, getting doused with fake blood and being worked on by her makeup artist.

Trinidad is not the only wrestler taking part in the film. Former ECW Champion Tommy Dreamer and ex-WWE Diva and current Lady of Honor Maria Kanellis also star in the horror flick.

Army of the Damned is scheduled for a 2013 release.

Check out the images below: