Pro-Wrestling: EVE Results from This Past Weekend, Next Event Announced with Ice Ribbon 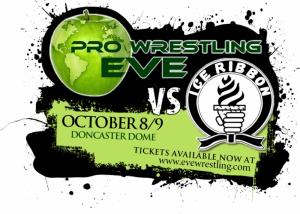 As noted yesterday, Britani Knight was crowned the first ever Pro-Wrestling: EVE Champion on Saturday night following a two-night tournament.

You can read full results from the tournament here.

The company also announced that its next event will take place at the Doncaster Dome on October 8th and 9th, and will be a cross-promotional affair with Japan’s Ice Ribbon promotion. Inter-promotional matches between stars of the two promotions will take place on both days. The weekend will also see matches from 1PW, plus WWE Hall of Famer, Shawn Michaels will be on hand signing autographs.