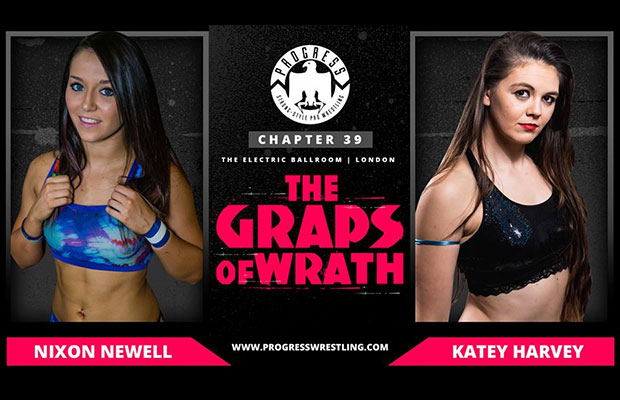 After the initial first round match took place yesterday, the women of PROGRESS are continuing the Natural Progression tournament!

In a Facebook post released today, promoters announced that the second bout – as part of the first round – will take place between Nixon Newell and Katey Harvey.

Over the next several months we will see the Natural Progression tournament play out. The series will consist of four first round Singles matches. The winners of these contests will be placed in two semi-final bouts. And then, following the results of these, the final two women will compete to decide the inaugural PROGRESS Women’s champion.

The match will take place at the Electric Ballroom in Camden, London on Sunday, November 2nd. More information on the event can be found here.

And for those that can’t make the event in person, an on demand service is available for you to stay up to date with all things PROGRESS!

Are you excited for this next match? Who do you want to see victorious? Let us know your views in the comments below!