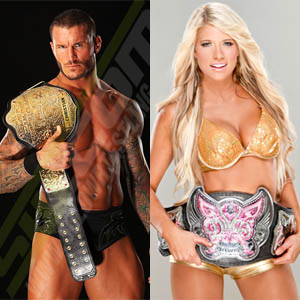 World Heavyweight Champion, Randy Orton, was the talk of the Internet yesterday after a radio interview (listen here) he did was posted online in which he said some pretty inappropriate things about Kelly Kelly.

Orton has since taken to Twitter, offering K2 an apology for his comments:

Yesterday I put my foot in my mouth and I need to try my best to make it right. I owe Kelly K an apology. The fact that she has dated a few guys I work with doesn’t make her a bad person, and is also none of my or anyone elses buisness. [sic] Yesterday I got caught up in a live radio interview and brought Kelly’s personal life into it. It was completely uncalled for. Kelly I hope one day you can forgive me. I do however understand if that doesn’t happen.

Thoughts: Erin and I had detailed thoughts on this situation when we recorded Diva Dirt Sheet last night (audio will be up today), so I won’t write too much here. I do think being in an interview with two male hosts in a “boy’s club” environment and being as uninhibited as Orton was in this interview, he got caught up in the moment and said some things he really shouldn’t have. That doesn’t entirely excuse the comments he made because they were inappropriate and unnecessary, however, I’m glad to see that he has apologized to Kelly. It’s the least he could do for basically blasting her personal life all over the radio and Internet.