Bonjourno Diva fans. Jack is back with another Raw Redux and we got a pretty decent showing from the Divas last night. Alongside guest star and Real Housewife NeNe Leakes, the Total Divas were at the forefront of the women’s action yesterday. NeNe and Rosa Mendes accompanied Brie Bella, Naomi and Natalya to the ring as they faced Cameron, Nikki Bella and Summer Rae. No Eva in sight. 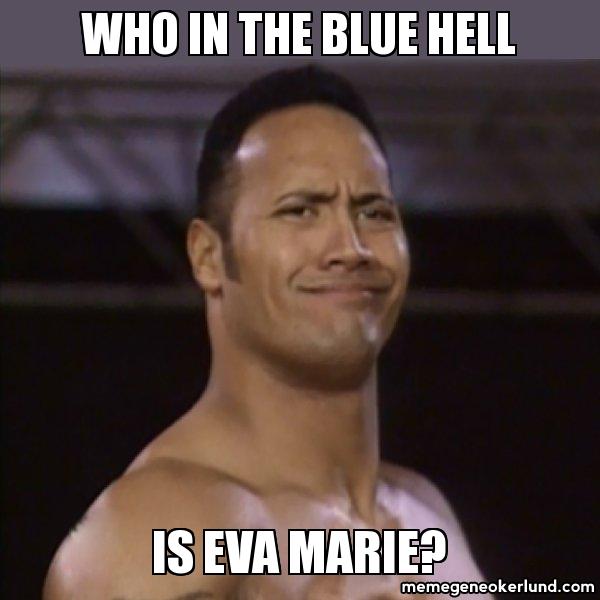 Over on the Divas Championship side of the coin, our Champ AJ Lee has been forced to find another tag team partner tonight to take on ‘Volatile Cocktail’ – Alicia Fox and Paige. Turns out AJ hates all the Divas yet she dislikes Layla the least, so she’s hoping they can get on for just one night. Maybe Layla will be wearing an evening gown again and yell “STOP” like an air-traffic controller.

Kicking off the show is the legendary Seth McMahon. I mean Steph. LOL at HHH calling her Seth. Anyway, Steph stands snarling and looking like a badass so if staring at her is what you’re into, take a look at the clip. Good mic work from Hunter mind.

LET’S LIGHT IT UP!

The woman in possession of everyone’s favourite butterfly that looks like it just got barfed out by a unicorn, AJ Lee skips triumphantly into the arena ready for her match. I’m in a rather positive mood today so I feel like confessing how much I still love AJ’s theme song. It might be on my iPod. It might not be. I might skip to it in the street…

After the break, Layla arrives on the scene and we see a fun backstage segment of her and AJ ‘agreeing’ to be partners tonight. Considering their irrelevant two-week alliance that one time, this pairing makes the most sense. Layla may “slay” yet she isn’t slaying in that outfit. She looks like one of these. 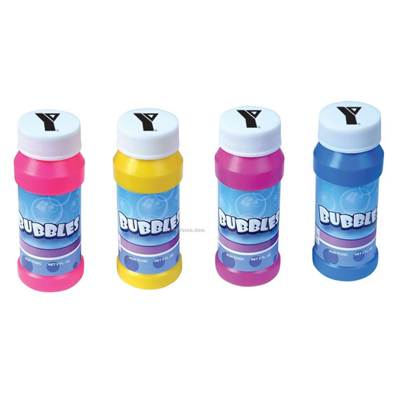 Look out for Emma, Layla – she loves bursting a few bubbles. She loves iPad cases too.

AJ and Alicia start the match and AJ squirms out of Alicia’s grasp early on, hitting a sweet spinning heel kick in retaliation. AJ teases Paige, saying she should tag Alicia in, to which Paige hilariously responds with “You don’t tell me what to do AJ!” AJ’s trash talking means she did take her eye off the Fox though. Foxy capitalises with a sleek-as-you-like tilt-a-whirl backbreaker.

Following a near fall, Alicia tags in Paige, the latter of whom skips around the ring. It’s like being blasé is going out of fashion. AJ perks up a little though, catching Paige off guard and giving her the coldest stare since that time Tamina and her dodgy contact lenses stared at Paige. 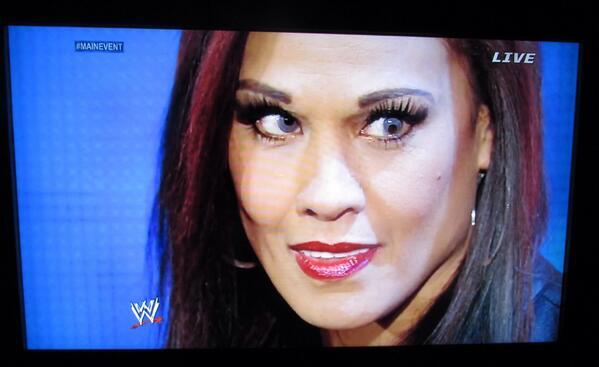 Paige legs it out of the ring, running for the proverbial hills. She dashes back into the ring and tags in Alicia, yet AJ isn’t interested. AJ’s fixation with Paige comes back to bite her again though, as Alicia beats her down. Alicia throws AJ face first into the corner next, making AJ look even more like a ragdoll. Lic’ backs up and locks-in a sick big boot, only for it to completely miss and Alicia practically snaps her leg off. God, that girl can sell.

AJ crawls her way over to Layla, only for Lay to jump off the apron and leave AJ high and dry. Yet because she’s so damn good, AJ shrugs off a dangerous Alicia behind, decks her with a Shining Wizard and she gets the win! Following the pin, AJ darts right after Layla, slaying (see what I did there?) the last ever Women’s Champion on the ramp. After Layla meets her new buddy, the steel ramp, she gets acquainted with not one, but two ringside barricades. Revenge is a dish best made of plywood and covered in solid leather padding served to keep fans at bay!

We next get to see the Ice Queen herself, Lana, and it wasn’t a good showing for her. She didn’t get referred to as a red light district worker this week (hooray!) and Rusev won his match by DQ (hooray!) yet then the two of them got cornered, resulting in Rusev getting knocked out. Womp womp. Still, at least you and Rusev enjoyed your Moulin Rouge themed night out at the weekend. 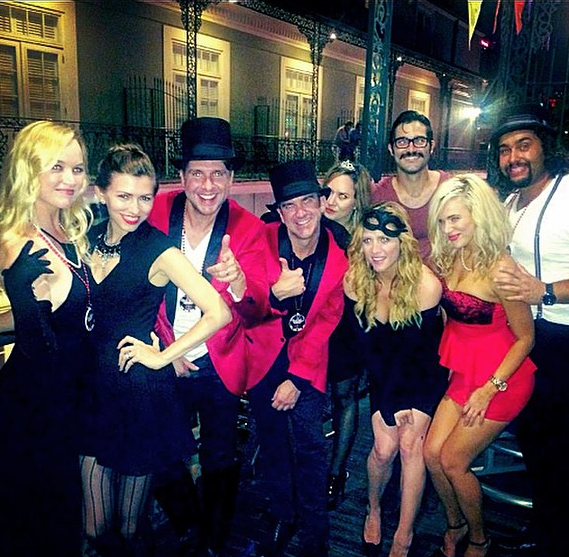 Our final notable sightings of the night featured 6 of the 7 Total Divas cast members and one Real Housewife! Wait, what do you mean it’s not the “PROSTITUTION WHORE!” *table flips* one? She’s in jail? Oh…

The face Divas suck up to NeNe backstage and they said that she won’t need to get physical, she just needs to look fabulous. Cameron and her posse enter the mix and Cameron gives Naomi some serious attitude. How stereotypically ghetto do WWE want to make Naomi’s character?

Anyway, NeNe yells “WHAT?” and Cameron throws some sass right back. Natalya tries to intervene and be a goody two shoes yet Cameron shuts her the hell down. The segment ends with Cameron and NeNe saying stereo “Girl Byes” and the match is next.

The heel Divas are already in the ring and they came down the ramp to Cameron’s music? Nikki is clearly not kissing up to Steph enough! The face Divas make their entrance to the theme song of Total Divas and they are shortly followed by NeNe, who gets her own video and music. She also got one of Justin Roberts‘ ring announcements. LEAVE THE MEMORIES ALONE!

Cameron and Nattie start off the match the fiesty former Funkadactyl gets slap happy across Tal’s face. It looks like a smacked arse most of the time on Total Divas so it may as well be treat like one. Natalya slaps Cameron back and the cocky heel sits in the corner and complains like a bratty high school student. Ironically, she’s also dressed like one.

After ramming Natalya’s face into the second turnbuckle, Cameron hits a nice suplex. Nikki is tagged in next and she knocks Nattie down with a shoulder tackle. Following a near fall, Nikki rams Natalya’s head into the mat repeatedly, which was probably more enjoyable than the Ostrich petting zoo from Total Divas. Nikki then mocks Brie, only to near get rolled up by the Queen of Harts! Nikki then regains momentum, shutting Nattie down before making a tag.

The future probably not Mrs Cena then tags in Summer Rae, who boots Natalya right in the arm before missing a leg drop majorly. This allows Natalya to get her breath back and makes the tag to Brie Bella!

Brie runs in like a runaway train, dashing right through Summer Rae. Brie then runs at her sister who was distracting her and although temporarily distracted, she picks things back up with a massive dropkick that Summer sells impeccably. Brie then hits her vintage running knee on Summer yet Cameron breaks up the potential win. Naomi runs in, just to get thrown right back out by Cameron and then Natalya takes out Cameron and herself!

Nikki then tags, no… wallops Summer to get herself in the match again. She whacks Brie and goes for the Rack Attack yet Brie hits a stunning counter, spring-boarding off the top rope! She then ducks a clothesline and hits the Bella Buster, getting a massive win over her sister! NeNe and Rosa then join the winners in the ring and that’s our lot for the week!

Thoughts: Solid week for the Divas in my opinion!

Let’s start with the Divas Championship picture. The match was unspectacular yet AJ and Alicia’s characters flourished and the beatdown at the end was excellent. After last week, I wasn’t sure how AJ was going to be booked going forward yet I think it is pretty obvious now that this is leading to Tamina returning. However, that doesn’t mean to say Tamina is going to be AJ’s best buddy. I would love to see Tamina return and it makes us think that she sides with AJ, yet then she turns on AJ, allowing Paige to win the Divas Title again and then we get a major new Diva stable in the form of Alicia, Paige and Tamina. This would allow AJ to be a chasing lone wolf ready to knock a lot of chips off of a lot of shoulders.

Onto the Total Divas match, I was not a fan of the way Naomi was booked at all. She has been doing well most of the time and then all she does this time is run in the ring and get thrown back out right away? What a waste.

I did love Brie and Nikki’s interaction though for the most part. Nikki’s mocking of Brie was great and whilst her attire looked dreadful, Brie’s reversal at the end was a highlight. Can’t wait for Hell in A Cell.

Not so much storyline development this week yet we did see some individual characters showcase themselves nicely. A nice physical brawl and some decent in-ring work and overall, I’m not complaining!

Hope you all have a great week!