Reaction to AJ Lee’s WWE Departure; Speculation on Her Future 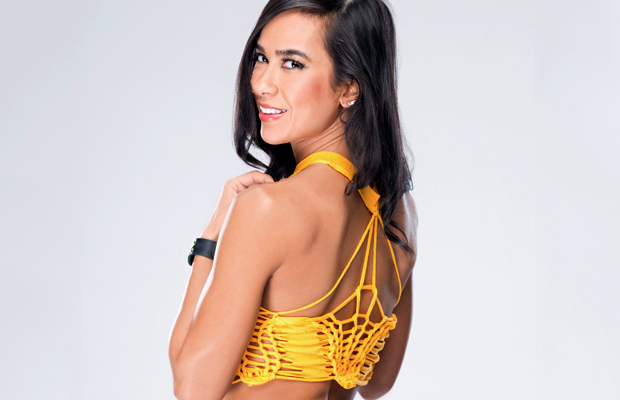 Speculation and well wishes have been flooding in since the WWE announced AJ Lee‘s departure from the company yesterday afternoon.

The WWE used specific language in the article announcing the news, saying that AJ has decided to “retire from in-ring competition with WWE,” but the impression seems to be that she’s done with the company entirely, for the time being.

PWInsider connects AJ’s departure to the increasingly fraught relationship between he WWE and her husband CM Punk, who is currently being sued by the WWE’s physician for criticisms made on Colt Cabana‘s Art of Wrestling podcast. AJ’s WWE release has been rumored since Punk walked away from the company last spring. Their wedding in the summer – coinciding with his official contractual release – fanned those flames.

Rumors of AJ being pregnant have popped up in the hours since her release, but that would be all but impossible, given that she wrestled in two matches over the past week. These rumors appear to have no real foundation outside of jokey photos tweeted by Bayley, in which she and AJ pose in mock couple photos.

A number of current and former WWE stars have wished AJ well on Twitter, Cameron, Jim Ross, Joey Styles, Brie and Nikki Bella thanking her for her contributions:

Thank you Aj for giving me my 1st televised singles match and my 1st title match! Wishing you all the best of luck in whatever you do! ????

While not 'shocked' to hear of @WWEAJLee leaving @WWE, I will miss her work. She lived a dream & went out on her terms. #ThankYouAJ

Congratulations @WWEAJLee for achieving your life's dream and putting together @WWE HOF career in only 5 years. pic.twitter.com/1CbpbHSjQH

Mick Foley posted a blog to his Facebook page, writing about her legacy:

AJ Lee has retired from WWE – and somehow that just doesn’t seem right. I have been talking for a while about a revolution in women’s wrestling – and I really do believe we are on the verge of a new dawn for women’s wrestling. When that new dawn arrives, it would seem only fitting that AJ be allowed to bask in the warmth of the rays she helped make possible.

?#?AJLee? was a pioneer – fighting her way up against all odds in the WWE developmental system, proving that unique talent, heart, and determination were just as important (if not more so) as the physical attributes that were generally accepted as necessary to find a spot near the top of the women’s roster.

The success of AJ Lee, as both a wrestler, and a character were eye-opening for both fans and WWE front office personnel. She proved that big things come in small packages and that both role models and romantic images need not adhere to a one-size-fits-all policy. Surely, she helped pave the way for an anti-diva like Paige – WWE to succeed, and when/if this women’s wrestling revolution materializes, I hope the contributions of the tiny girl from New Jersey with the big dreams and bigger heart will not be forgotten.

Thank you AJ. May health and happiness (and CM Punk) be your partners on whatever new trail you choose to blaze in life.

Fans have been showing their appreciation by tweeting using the hashtag #ThankYouAJ. CM Punk himself tweeted it to show his support:

As for AJ’s post-WWE future, PWInsider states that it is unknown whether she has plans on the indies, as she is keeping her plans “close to the vest.”

She does appear to have a future in the literary world, though, having tweeted a publishing agency last week about a book that is aimed to “inspire young girls”:

Thank you @LeshneAgency. I hope our book inspires girls to become strong women & underdogs to make their dreams a reality.

Stay tuned for more details on AJ’s future as they become available.