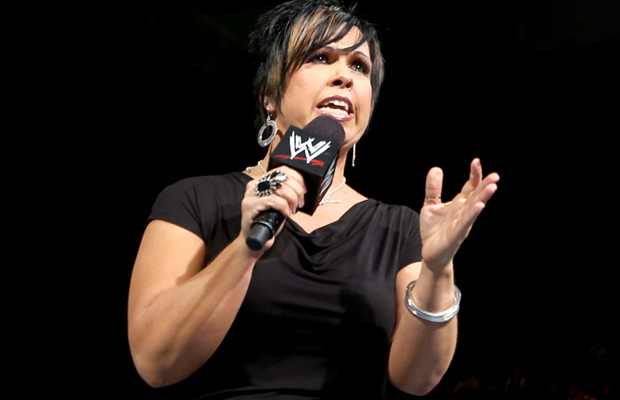 It looks like the ‘Vickie Guerrero Divas Championship Invitational’ may be one of the last acts of power for the current General Manager of SmackDown.

According to a report from SEScoops, Vickie will be leaving the company shortly and will be pursuing a new career outside of the wrestling industry.

Vickie joined WWE in 2005 during a storyline between her late husband Eddie Guerrero and Rey Mysterio. Since then, she has went on to be the General Manager of both Monday Night Raw and Friday Night SmackDown and had notable on-screen relationships with WWE Hall of Famer Edge and former World Heavyweight Champion Dolph Ziggler.

She also had a string of in-ring moments including a ‘Hog Pen’ match with Santino ‘Santina’ Marella and she also competed in a 10 Divas Tag Team match at WrestleMania 26.

If the news is true, best of luck Vickie!

What is your favourite Vickie Guerrero moment?