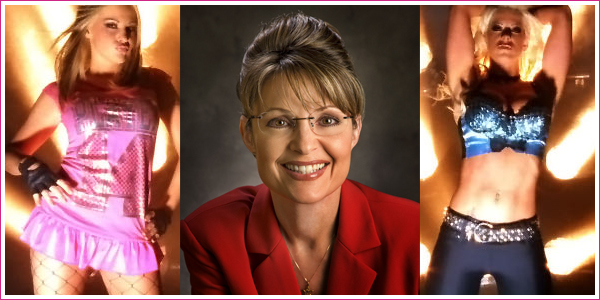 One week ago, her dreams of becoming the Vice-President of America were dashed but here’s something that’ll make up for it (*eye roll*), TNA has invited Governer of Alaska, Sarah Palin (aka Sarah the Vice-Loser) to appear at the company’s next pay per view, Final Resolution and become an honourary member of the Beautiful People. You justÂ  can’t make this shit up!

TNA officials said a â€œSarah Palin Ceremonyâ€ is scheduled for December 7 at its â€œFinal Resolutionâ€ pay-per-view as part of her â€œHonorary TNA Knockoutâ€ membership in The Beautiful People, and TNA President Dixie Carter will personally fly Gov. Palin and her husband, Todd, from their home in Anchorage to Orlando, Florida, for the December event.

TNA Wrestling will make the formal invitation to Gov. Palin Thursday, November 13, on â€œTNA iMPACT!â€ at 9 p.m. ET/PT on Spike.

TNA will present Gov. Palin with a $50,000 check at â€œFinal Resolutionâ€ made out to the charity of her choice, or will make the donation to the youth hockey association in her native Wasilla, Alaska.

â€œGovernor Palin has combined her experiences as a wife and mother with her political savvy to prove to America and the world that politics arenâ€™t just a manâ€™s game. I know firsthand what challenges you have to face when breaking a glass ceiling in a male-dominate profession,â€ Carter said.

The last thing that this hizzo needs is more publicity. Well now we know who Dixie Carter voted for last Tuesday – the losing team. I know you shouldn’t judge people by their political alliances, but Dixie homegirl, your stock has dropped. Something about a global brand (and that’s being generous) pushing it’s political agenda down my throat doesn’t sit well with me… Even if it is after the election. This just proves how small fry TNA really is. WWE knows better than to alienate it’s fans this way.