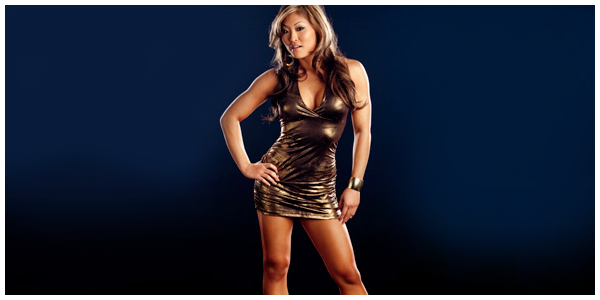 WWE.com has announced that former ECW and NXT ring announcer, Savannah has been released.

Savannah, real name Angela Fong, joined WWE in 2008 and reported to FCW where she received much praise for how quickly she took to wrestling. Last year, Savannah became the first ever Queen of FCW. Later in 2009, Savannah was called up to the main roster as a backstage interviewer and later ring announcer for ECW. She made her WrestleMania debut, announcing the pre-show battle royal and the 10-man Money in the Bank ladder match this past March.

In recent months, she was ring announcer for NXT season one — a role which was taken over by Jamie Keyes for season two which is currently on air. Over the past few weeks, Savannah had been appearing as a backstage interviewer on Raw and was travelling with the Raw brand.

It absolutely baffles me why Savannah, who really was one of the best WWE developmental-bred workers in recent years, would be released while less experienced girls are on TV and in wrestling capacities. I felt it was a total waste that they brought her in as a broadcast team member rather than as a wrestler and in a way, I think perhaps it’s because she’s ‘just an interviewer’ that her fate was sealed today.

With so little depth on the SmackDown brand right now, they could have easily moved her there in a wrestling role. Ridiculous.