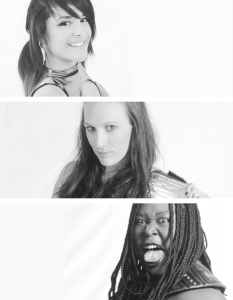 SHIMMER Women Athletes has announced the first additions to the taping of Volume 53, which will be held on April 6, 2013 in Secaucus, NJ as part of the massive WrestleCon event.

Former WWE star Kharma, aka Amazing Kong, will make her return to the promotion, as will former SHIMMER Champion Madison Eagles.

Eagles’ last appearance for the company was on Volume 44 in October 2011, when she lost the SHIMMER Championship to Cheerleader Melissa. She’s since been out of action, rehabbing a serious knee injury.

Kong’s last appearance for the company was even further back, taking place on Volume 35 in September 2010 in a singles match against Kellie Skater.

Current PWWA Interim Champion Evie will become the first New Zealander to wrestle for SHIMMER when she makes her debut.

You can purchase tickets for this event at WWNLive.com.