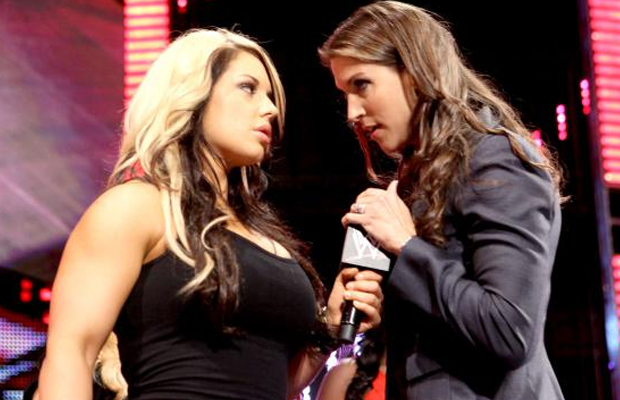 Stephanie McMahon‘s intense confrontation of both AJ Lee and Kaitlyn on Monday’s Raw was undoubtedly a hit with Divas fans, but was it drawn from real life inspiration?

The Wrestling Observer Newsletter is reporting that Stephanie’s stern warning towards Kaitlyn for interrupting her was inspired by an incident that recently occurred backstage.

According to the report, someone had interrupted Stephanie and caused a bit of a scene. Judging by her in-character reaction on Monday, we wouldn’t have wanted to be in that person’s shoes!

The report does not state who the culprit was, nor if they were even a wrestler, but it’s interesting to see how messy real life situations can translate to great television segments.

“@WWEAJLee: Hey @StephMcMahon , ya wanna know something? You’re pretty scary. But I’m scarier. Until we meet again…" Careful what u wish 4

Yeah, you probably shouldn’t cross her.