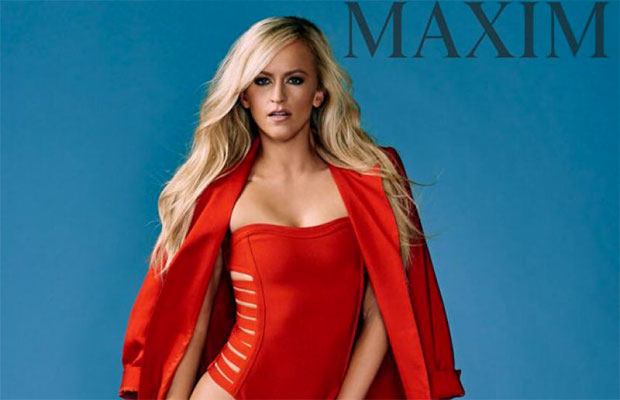 Maxim have released their ‘Hot 100’ 2017 list; a list dedicated to the hottest female celebrities of the year.

Amongst the list of star-studded women, WWE’s very own blonde bombshell Summer Rae (aka Danielle Moinet) made the list! Maxim had this to say about the WWE Superstar:

The blonde WWE bombshell is as tough as she is sexy, which is just how she likes it. As she explains, “Hot has no boundaries. It no longer has to fit in a box. Hot is confidence, it’s strength, it’s athletic, it’s smart, it’s curvy or slim, and nothing is hotter than a woman loving herself.”

The former first lady of NXT isn’t the first women’s wrestler to make the list. ‘Total Divas’ alum Eva Marie made the list in 2014, whilst former WWE stars Kelly Kelly and Layla did so in 2012.

Summer posed for Maxim back in September 2016, where she took our breath away with a flawless photoshoot.

Rae’s latest wrestling match was during the SummerSlam Heatwave Tour on August 14th, 2016. Here she teamed with Natalya in a losing effort against Becky Lynch and Naomi.

Her latest televised wrestling appearance was on Superstars on July 22nd, 2016. Fortunately Rae managed to overcome Alicia Fox in their single bout.

Summer has been spotted training alongside Emma in recent months, and was also allegedly cleared to wrestle, despite not appearing on WWE television since 2016.

Regardless of her wrestling appearances, Summer has taken things under her own hands as she’s appeared on multiple different magazine covers and managed to get onto this exclusive list!

But, we still miss seeing this talent on our screens every week. We miss you, Summer!