Summer Rae opens up about her WWE career 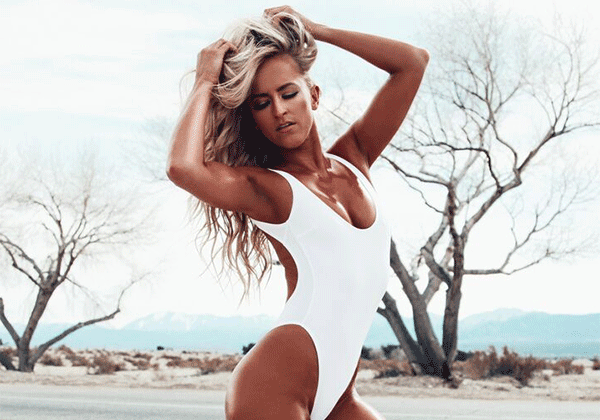 Danielle Moinet, famously known as WWE’s Summer Rae, recently sat down with Sharp Magazine to discuss an array of topics. The conversation focuses on her career in WWE, her personal life and more. Below are the highlights:

Summer was asked about her favorite storyline to be a part of, and said the following:

“That’s a great question. I’ve done a lot of cool things with WWE. I’d say it has to be the most recent one that I had. I joined a love triangle and made it a love square, I guess [laughs], it was me, Dolph Ziggler, Rustev and Lana. I was really able to showcase what I can do on the microphone through my promos and my acting. I didn’t look at it as a lot of pressure on me, and I was really able to just shine. Those were some of my favourite monologues that I’ve had and the crowds really reacted and got to know me.”

The topic then moved on to her heel character:

“My character is a very nasty person, and I don’t know how that happened!” laughs Moinet. “I never made the conscious decision to be a villain. I naturally became that bitchy, cocky, conceited person when I stepped into the ring, but it is completely far from who I am in real life. It is just more fun to be bad.”

Soon she discussed the most surprising thing that fans have found out about her:

“Well, for a long time, it was that I’m nice, because my WWE character is so good at being horrible. I’m also on the reality show Total Divas, and have gotten into a lot of altercations there, too. The number one thing I always hear from fans is, “Wow, you’re so nice.” Through social media now, fans can see how I am in real life so it might not be such a big surprise anymore. My first job out of college was for a wholesale plumbing company, so I know how to solder copper pipe and fix your toilet. That might be more interesting.”

Her dream celebrity opponent was also a topic of discussion:

“Wow, let’s see. Eventually, if we’re in a feud, it’ll culminate with a fight in the ring, so I have to choose someone I can fight. Maybe I’d choose one of the Kardashians, because if I’m going to do a celebrity fight, we have to make it mainstream and high profile. Kim has already been to Wrestlemania, so she knows the drill. We can even set up a fight between all the sisters and all of us from Total Divas, a little reality versus reality. I don’t know why, but a small part of me also really wants to fight Justin Bieber. I think I could take him down.”

Rae told us the one thing she would want to change about herself:

“I don’t know if stubborn is the right word, but I could take criticism better from loved ones. I take criticism really well at work and our fans criticize us all the time, so I’m really used to it and I have thick skin. When it comes to my family members criticizing, though, I get really defensive and it’s hard for me to take in. Days later I’ll finally admit that they’re right. When it’s your family, that makes you question what they’ve said to you.”

Her difficult tryout for NXT was discussed:

“The tryout was the hardest thing I have ever done,” says Moinet. “There’s nothing that can train you for that unless you have been a wrestler before. I had played a few sports before including being a part of the Lingerie Football League, but it’s just so different from anything else. I went down there, definitely got my ass kicked, and decided I wanted it bad, so I just worked to the bone until I achieved my spot.”

Summer also talked about what she gets up to in her spare time, reality TV and more on Sharpmagazine.com!

On top of all of this, word on the street is that the former First Lady of NXT has been medically cleared to make a return! According to reports by Wrestling Observer Radio and Wrestling Inc., Rae has been kept off of TV due to the “even amount” of women on either brand. But with Emma being out due to an injury, could a spot on RAW have opened up?

Are you surprised by some of these comments? Do you miss seeing Summer on TV? Let us know your views in the comments below!