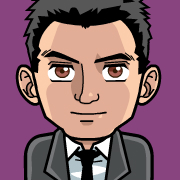 Favorite movie: Austin Powers in Goldmember. It’s a guilty pleasure and just one of those movies you have fun quoting after all these years.

Favorite TV show: Judge Judy. For years, I’ve watched the show religiously and I’m always entertained by the absurd people and small cases that are presented.

Favorite women’s wrestler: Gail Kim. The woman is just phenomenal in the ring regardless of who she’s facing and the circumstances.

Favorite men’s wrestler: Austin Aries. I always find him entertaining in any promotion he works in and his vegan lifestyle is one I really admire.

Favorite feud: Awesome Kong vs. Gail Kim. By far, one of TNA’s greatest feud ever (male or female) that really raised the bar for mainstream women’s wrestling!