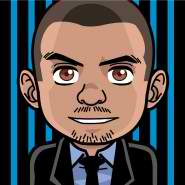 Favorite movie: The Color Purple. I could literally watch it for the rest of my life and be content.

Favorite TV show: The Walking Dead and Game of Thrones are in a battle to the death to determine my favorite show.

Favorite women’s wrestler: Athena. She steals the show every time she steps into the ring, and she just keeps getting better. The major companies are really missing the boat on her.

Favorite men’s wrestler: Kenny Omega. It’s really too bad the WWE thing never really worked out for him. I feel like he had a lot to offer mainstream wrestling.

Favorite match: By far, Mickie James vs. Trish Stratus at WrestleMania 22. I think Mickie really reached her full potential as a top Diva at that point, by defeating one of the best in the business.

Least favorite wrestling moment: “That Match” involving Trish Stratus and Jackie Gayda. If there was a cringeworthy, uncomfortable to watch match, it’s this one.