The Diva Dirt team including the expert opinion of our newest team member, Krissy Vaine, has compiled our first annual Watch List. The Watch List gathers the five women, not currently at a national level, who we feel could be breakout stars in the industry in the future. The Watch List, we hope will be an annual event, as we scout new faces & new talents on a regular basis. The five women chosen for the Class of 2009, we feel, represent the brightest young prospects that could breakthrough within the next year or in the not too distant future. 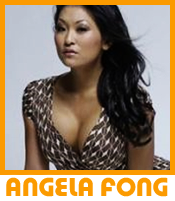 ANGELA FONG
Age: 24
Hometown: Vancouver, BC Canada
Trained By: Steve Keirn and FCW staff
Currently under contract to WWE, Angela is working under developmental territory, Florida Championship Wrestling in Tampa, FL. Fong is perhaps the most unique female, developmental in quite some time — already well known amongst Internet fans and has created quite a following before even being called up to the main WWE roster. Since joining FCW in 2008, Fong has already been heavily praised for lending herself to the craft so quickly and was dubbed “the best worker in FCW.” Krissy says: “Angela is a fast learner & has nice outfits! She has lots of charisma, she’s athletic and ‘bendy’.” 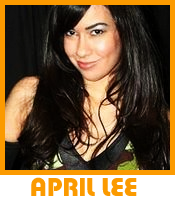 APRIL LEE
Age: 22
Hometown: Union City, new Jersey
Trained By: Jay Lethal, Mo Sexton, Azrieal
Another WWE developmental talent, April Lee makes the cut also. Previously known on the independent circuit as ‘Miss April‘, Lee has been working since 2007 and the young talent has already tasted championship gold at the age of 22. Competing in female promotion, Women Superstars Uncensored, April won the company’s Tag Team Championship in February before vacating the titles after signing with WWE. In April, Lee and real life boyfriend, Jay Lethal won a tournament to be crowned the King & Queen of the Ring in WSU and a partner promotion. April is also a self-professed fan of three-time WWE Women’s Champion, Melina and now follows in her footsteps towards becoming a WWE Diva in her own right. Krissy says: “She looks like she could be Melina’s little sister. She connects with the fans.” 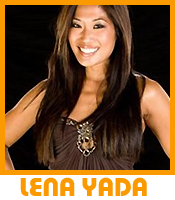 LENA YADA
Age: 30
Hometown: Los Angeles, California
Trained By: FCW staff, Jesse Hernandez
Despite being released from WWE last year, it’s post-WWE that Lena Yada is impressing the Watch List committee. Her dedication to wrestling despite being released, shows her desire to continue to be part of wrestling. Yada is currently taking independent bookings, including her first post-WWE match for our friends at ChickFight, earlier this year. It’s unexpected for a model-turned-Diva to continue on in wrestling after they are let go, but Lena is proving that there is life beyond the WWE. Working with Jesse Hernandez, who has helped train WWE Divas, Melina and Layla, Lena appears to be in good company considering one is a former Women’s Champion and the other shows continual growth in each match. We wouldn’t be surprised to see Yada re-signed by WWE if she continues to progress or even signed by TNA. Krissy says: “Only time will tell, but she’s a good looking girl. She perhaps needs to invest in ring gear rather than lingerie.”

MADISON EAGLES
Age: 28
Hometown: Sydney, Australia
Trained By: IWA Pro Wrestling in Australia
Considered one of the breakout stars of SHIMMER, Madison Eagles has turned heads with her performances as part of the ‘Pink Ladies’ with tag team partner, Jessie McKay. The duo made their SHIMMER debut on Volume 21 in the SHIMMER Tag Team Championship gauntlet match. Eagles, already an 8 year pro in native Australia, at one point received a tryout in Ohio Valley Wrestling — the former WWE developmental territory. In SHIMMER, she’s been pegged as a ‘one to watch’, most recently by SHIMMER co-founder Allison Danger. As well as her tag team work, Eagles is now seeing singles competition – competing against one of the industry’s best, Sara Del Rey a former SHIMMER Champion on Volume 23. Krissy says: “I like her, lots of charisma and confidence. One piece of advice would be to step up her look so that fans will remember her. The ability and confidence is there, her accent will be her biggest asset.” 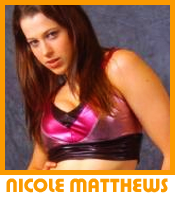 NICOLE MATTHEWS
Age: 22
Hometown: Coquitlam, British Columbia Canada
Trained By: 22-year-old Nicole Matthews is perhaps best known for her tag team work with Portia Perez in SHIMMER’s Canadian Ninjas. Since debuting for SHIMMER in 2007, Matthews and Perez have wrestled as a collective unit as well as seen singles action including taking part in the SHIMMER Tag Team Championship tournament. At the taping for Volume 26, Matthews and Perez became only the second title-holders of that Tag Team Championship. At the tender age of 22, Matthews has also had breakout matches with veteran, Daizee Haze. The two competed to a 20-minute time limit on Volume 23, considered by the committee as one of the best matches on the DVD. The pair wrestled again on Volume 24 in a no time limit match. Like Eagles, Matthews is a tag team wrestler that is finding singles acclaim and has a bright future ahead. Krissy says: “Definitely potential there, she’s got a great foundation but just needs fine tuning. She should work on her femininity and posture in the ring.”

So that’s the 2009 edition of the Diva Dirt Watch List. Keep your eyes pealed, as will we, to see what the five ‘chosen ones’ do next! Can they be breakthrough stars? We’ll find out!