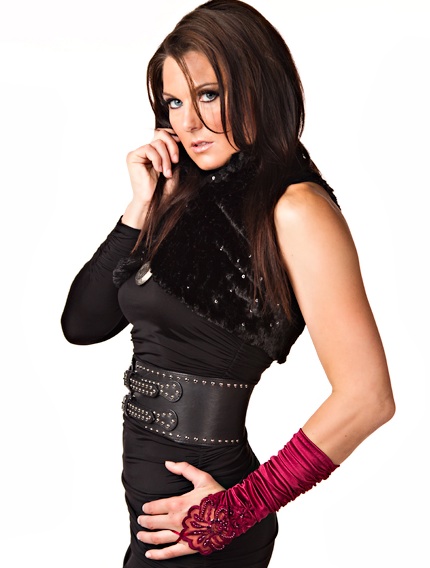 The former Katie Lea finally blossomed into the star we always knew she could be this year as Winter in Impact Wrestling, and it’s about time too!

Following her WWE release in April 2010, in all honesty, most fans felt sorry for the former Diva. Like others, she never realized her true potential in the company and wasn’t given as many opportunities to break out as the likes of Mickie James or Beth Phoenix. Fast forward to later that year when she emerged in Impact Wrestling with a whole new gimmick which seemed to be a much better fit.

After an adjustment period, Winter definitely came into her own in 2011, becoming accustomed to her new skin, as it were, as she perfected all the little nuances for her mysterious, and slightly creepy, new character. Winter, the slowly talking, blood-lusting, Angelina Love-drugging Knockout, added a new dimension to the Knockouts division.

This year, we saw Winter complete her mission of turning Angelina Love into her personal play thing, and feuding with Love’s former tag team partner, Velvet Sky. The pair eventually turned their attention to then Knockouts Champion Mickie James, and Winter would finally win the Knockouts Title. For many fans, this was vindication for not holding WWE’s Women’s Championship.

Though fans celebrated Winter’s title win, she would lose it just two weeks later — and then regain it a further two weeks after that. Winter’s second run as champion, though a little longer, didn’t amount to much as she dropped the belt to Velvet Sky in October and has been seldom seen since.

While her Knockouts Title reigns left a lot to be desired, seeing Winter finally reach champion status, and so comfortable in her character, was a welcome relief for those who had been waiting for this Kat to finally land on her feet.

Though not necessarily her year alone, Winter was one of several Knockouts who made an impression in the division, and we hope to see her make another one in 2012.