TNA Has a ‘Flash’ of Brilliance

In the Saturday Supplement, the Diva Dirt team will aim to discuss a news story, a televised event or other relevant and current topics. The objective, like the average weekend newspaper, is to offer more indepth and lengthy discussion. 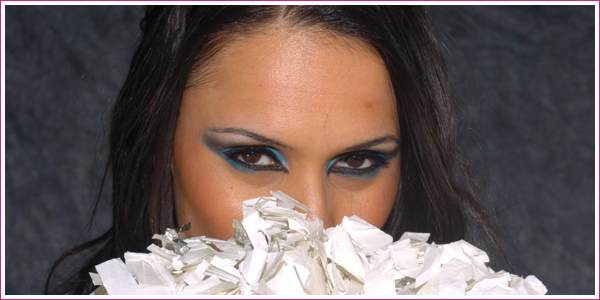 After this week’s edition of TNA Impact, the name Alissa Flash is surely on everyone’s lips. Alissa opened eyes and got the fans on their feet in her TNA debut.Â An event years in the making, it made me cast my mind back to the first time I laid eyes on this surly competitor.

I’ll be the first to admit that four years ago Cheerleader Melissa, real name Melissa Anderson, was an absolute mystery to me. Raised off the glitz and glamour that is the WWE, I was completely oblivious to the independent circuit. I had no idea what kind of treasures were hidden in the small, virtually unknown promotions littering the country. However, all this changed when I laid eyes on what was soon to become the most watched DVD in my collection: SHIMMER Women Athletes Volume 1.

As I read the match listing, one name in particular caught my eye: Cheerleader Melissa. I immediately thought the worstÂ ofÂ the situation. No doubt it was just another lame, cliche and mildly offensive gimmick that would serve no greater purpose than to give the crowd a rise. After years of being force-fed that kind of crap, the mere thought made my eyes roll. Oh, how wrong I was.

I watched in awe as Melissa put on a wrestling clinic in her SHIMMER debut against MsChif. I had never experienced such prowess in the ring and I was enjoying every minute of it. I gasped when Melissa bent her opponent in half, a spot that would be repeated years later by Beth Phoenix and Melina. I winced at every stiff forearm and jumped at every near fall. AlthoughÂ Melissa ultimately lost the battle, she had definitely won the war. I left that match a true believer in the power of the ‘Cheerleader’.

From the moment Melissa stepped through that proverbial ‘curtain’, she sparked my interest. Fully equipped with a pleated skirt and pom-poms, her grim expression and no-nonsense attitude completely betrayed her namesake. Nothing about her feral snarls and cold stares screamed ‘cheerleader’ to me. Her coldÂ exteriorÂ combined with herÂ brutal style in the ring made myselfÂ  and the fans feel the intensity she brought to the squared circle.

Like any true fan, I hit the Internet looking for more information on my new favorite wrestler. To my surprise, I discovered that Melissa was a second generation wrestler, taking after her father Doug Anderson. In addition to having her first match at 17, Melissa had also made a name for herself in Japan. A few YouTube videos later, I decided I had to have more.

Over the passing weeks, I made Best Buy a regular stop, intent on building my SHIMMER collection. The more I saw of Melissa, the more I wondered: “Why hasn’t WWE signed her?!” I guess some higher power heard my cries, because a few weeks later Melissa graced my computer screen. However, this time she was competing in a WWE ring.

I’d be lying if I said I didn’t think Melissa was going to lose. After all, she was facing Victoria, a seasoned veteran. I knew she was playing the unknown jobber role, but that didn’t stop me from cheering her on. I found myself grinning like a fool when she unleashed some of that signature aggression I’d come to love her for. I hoped this showing would open up WWE’s door to Melissa, but unfortunately she was never seen in a WWE ring again.

My ‘big league’ dream for Melissa was dashed for the moment, but hope was restored when TNA announced a women’s title the next year. After seeing the type of talent TNA had procured from the indies, I was sure it was just a matter of time until they got they’re hand on Ms. Anderson. Turns out I was right, as she debuted soon after the title’s inception, as the Syrian cohort of Awesome Kong, Raisha Saeed. She soon made the transition from manager to wrestler, showing the world what she was made of.

While I was glad Melissa was finally getting to show off her skills to a wider audience, I was not fan of her gimmick. As Raisha she showed more personality that she ever did as a ‘Cheerleader’, but it was all hidden behind a burkha and heavy eye makeup. I found myself yearning for the return of the real Cheerleader Melissa. Once again, the wrestling gods heard my prayers and treated us to Cheerleader Melissa versus fellow SHIMMER athlete, Daizee Haze. Melissa picked up the win with a devastating Kudo Driver. Surely TNA would book Cheerleader Melissa after that? Wrong again. The appearance proved to be a one shot deal and Cheerleader Melissa was M.I.A. in TNA for over a year. Thankfully, all that changed this Thursday night.

This week’s Impact saw Melissa make her TNA ‘debut’ as “Future Legend” Alissa Flash, against the much hyped luchadora, Sarita. Thanks to TNA’s taping habits, I knew about this match three weeks prior to it’s showing. That said, I was still on pins and needles waiting for it to air. While this match was touted as Sarita’s debut, Melissa managed to steal the show with her smash-mouth style of combat. Alissa didn’t get the win, but she made her presence known in the Knockout division and to Sarita. Even though the match clocked in at less than 5 minutes, I daresay it was ‘Match of the Year’ material.

As I watched the match, I couldn’t help but to see ‘flashes’ (excuse the pun) of my first Cheerleader Melissa match. Every kick to the head and punch to the gut took me back to that first match on the very first volume of SHIMMER. Every smirk and sneer reminded me of theÂ deadpan expression that she wore when she first appeared on my TV screen. I took pride in knowing that one of the most deserving athletes in women’s wrestling had finally gotten her chance to shine.

I’m at a loss for what the future holds for the self-proclaimed “Legend”, Alissa Flash, but if this week’s showing is a sign of what’s to come, I’m definitely excited. Hopefully in the coming weeks Alissa can show fans, critics and all of you here at Diva Dirt what I’ve known for years: Alissa is the future of women’s wrestling. It was never a matter of if, but when.