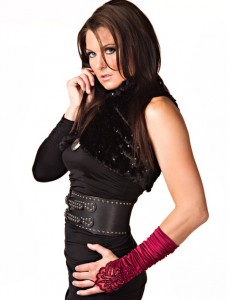 Since leaving Europe for the US, Katarina has found fame as Katie Lea in WWE and as Winter in TNA, where she became the first European to hold the Knockouts Championship.

As one of Europe’s most successful exports to the US wrestling scene, it’s only fitting that EVE, which prides itself in an all-European female roster, welcomes Katarina home to Europe at its next show, EVE: Special Edition.

Originally scheduled to be a live iPPV, EVE were recently notified that the iPPV supplying company were unfortunately unable to keep to the agreed dates due to an unexpected scheduling conflict. This put EVE management in an awkward spot due to an obviously reduced income for the night in a very niche market. Our choices were either a) move the date of the iPPV, b) cancel or c) run as a taped show. Naturally we opted to move the date at first, however, we were unable to find a sufficient venue within the time required time frame. The idea of running a single date instead of a weekender (The Delphi Club was unable to accomodate a second date at short notice), as EVE usually does, was one that would hurt EVE financially and potentially risk the company due to the restricted income without iPPV and thus we were realistically left with option of cancelling.

But as we all know, we’ve had our hands forced before and we always come up with something! We REALLY hated the idea of not running a full show again until November 10 and after speaking to several fans at shows that featured EVE guest matches (such as at BritWrestFest, Southside, IPW:UK) we knew we had to do at least something! We therefore have worked with several individuals in making July 14 possible, and so on Saturday, July 14th, Pro-Wrestling: EVE will present EVE: SPECIAL EDITION.

The show will feature three guest matches from several of the top male promotions in Europe, helping expose the EVE brand to those who perhaps would otherwise not give women’s wrestling a chance due to the way it had been portrayed on television, as a compliment to a ‘Special Edition’ full Pro-Wrestling: EVE DVD taping that will see Alpha Female defend the Pro-Wrestling:EVE Championship, plus the return of two former EVE Professionals and the EVE debut of former WWE Diva and TNA Knockouts Champion – “Winter” Katarina Waters!

Pro-Wrestling: EVE will be making more announcements over the coming days including announcing the opponent of the former Knockouts Champion, in addition to the two returns and matches set for July 14 EVE: SPECIAL EDITION![/notice]