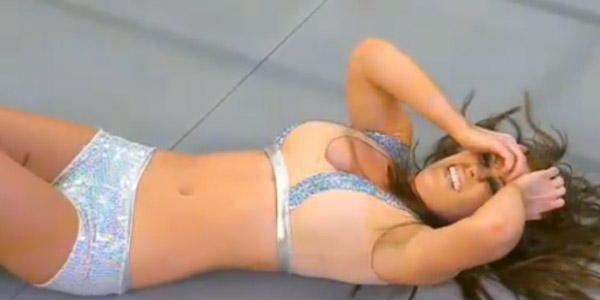 Going into tonight’s Sacrifice pay per view, Tara had a choice — her allegiance with Madison Rayne or her freedom courtesy of Mickie James. She went for the latter.

Helping Mickie win her Knockouts Championship match at the pay per view, Tara clocked Rayne with a punch with the self-professed Queen’s own loaded glove.

The glove was introduced into the match by Rayne earlier, as she went to grab it from under the ring while the referee was down. Tara, however, ripped the glove out of her hands and later used it for her own gain.

By helping Mickie win the match, Tara is now free of any services she owed Madison, who brought her back to TNA after retiring her at this very pay per view one year ago.

What did you think of the match? Where do Tara, Mickie and Madison go next? Put your thoughts in the comments!