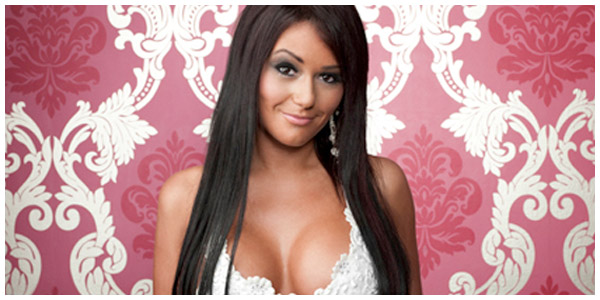 Could this week’s Impact be just the beginning? Jersey Shore star, JWoww, who will appear in a catfight with Cookie aka Becky Bayless on Thursday night’s episode, is reportedly being courted for a longer storyline.

JWoww, real name Jenni Farley, was paid $15,000 for the appearance but according to TMZ, TNA are now negotiating with JWoww on a longer deal, presumably to keep her feuding with Cookie and Robbie E.

Already, JWoww’s one-shot appearance has scored TNA massive mainstream press including in other countries, so imagine if they booked JWoww vs Cookie as a pay per view match?

This angle doesn’t seem to be imposing on the regular Knockouts Championship storyline, rather co-existing in addition to that, so I’m all for it. I hope TNA can hash out a longer deal.