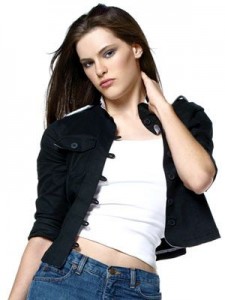 Former America’s Next Top Model contestant, Michelle Deighton, will be part of the upcoming cast of Tough Enough, reports ProWrestling.net.

If that name sounds familiar it is because she has appeared on WWE television before. Back in 2005, UPN (then home of SmackDown and ‘Top Model’) had a crossover between the two shows with Deighton appearing on SmackDown and being berated by Melina.

Deighton is a trained wrestler. She began training before she appeared on the fourth season of ‘Top Model’. According to a past interview, she was recruited by ANTM producers after they saw pictures of her on the web.

Michelle is also the wife of former Survivor contestant Jonny Fairplay, who himself has appeared in TNA and ROH.

Footage of her appearance on SmackDown in 2005: