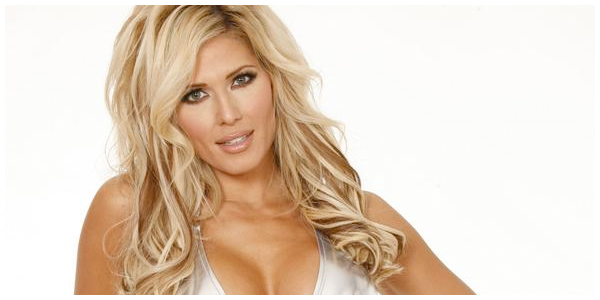 Some of the highlights include her praise for both the WWE Divas and TNA Knockouts divisions. She said:

“I think that WWE and TNA [Total Nonstop Action Wrestling] have incredible female talent. The women now are so athletic. It’s almost as if you have to be athletic and be able to work in the ring versus a few years ago when you just had to be pretty. I’m amazed that some of things that those girls do. It’s good to see that they have an awesome crop of girls on both sides.”

Speaking on the current PG rating, Torrie says she wishes it was more PG when she was in WWE:

“I always wanted to keep showcasing my athleticism and getting better. I think it’s great that they get to showcase that more. I still think they don’t get the time they probably should get on TV to have the longer matches and storylines. Sometimes it can also go a little too far PG. I mean it is pro wrestling after all.”

Wilson also had praise for her good friends, Michelle McCool and Tara, saying:

“To see how far she [McCool] has come, even since I left, is awesome. I think she is a great heel and such a great wrestler in the ring. I really appreciate watching her. I think Eve also has something special. There is just something about her that I like to watch. Of course, Tara over at TNA is always going to be one of my favorites.”

Torrie also speaks on how her back is doing after being forced to retire following injury three years ago, the status of her store Jaded and more.

You can read the full piece here.

Thoughts: It’s always good to hear from Torrie. Nice to see her praise not just the Divas, but the Knockouts too.