With the fourth episode Tough Enough in the books, it’s time for another Redux.

This week, the show finally focused on what I feel are essential part of a wrestler’s repertoire: mic work and wrestling. As always, there were arguments and near-fights, but I think we’re getting to a place where those best equipped to step into the ring start to break away from the pack.

Before we could get to the first competition, though, we had to welcome a new contestant: Chelsea. She’s replacing Dianna, who left the show last week. She seems to have a goal in mind right out of the gate, and I’m not sure I like it.

The first competition brought the contestant to the Orlando Improv, where they were placed in head-to-head promo battles.

Gabi and Amanda got a chance to take their episode-starting argument to new heights, but didn’t exactly deliver.

Sara Lee took on ZZ, but her lack of fire inspired Chris Jericho to get in her face. He attempted to bring her out of her shell, but I don’t think it really worked.

Giorgia took on newcomer Chelsea, and according to the graphic (since we saw so little of her performance), Giorgia took the win. Another competition victory for Gigi!

The second competition had he contestants doing shoulder blocks and scoop slams. All seemed decent enough at the task – aside from poor Sara. For the second time this episode, she got chewed out, Billy Gunn getting on her for her inability to hit a slam and be slammed. At one point, it seemed like they all just got in her head.

Chelsea impressed, her two years of wrestling training obviously giving her the edge.

At the end of the show, judges Paige, Daniel Bryan and Hulk Hogan placed Sara, Gabi and Tanner in the bottom three. Each had a second shot at cutting their promos, this time targeting the judge who put them in the bottom.

Gabi failed to connect her promo to Daniel, treating it more like a “resume” than an act of aggression.

Sara, meanwhile, finally showed some fire, coming face to face with Paige and accusing her of picking on her because she’s worried about facing her in the ring and not being able to hide behind the judges’ table.

After a whopping few minutes of voting time, fans elected not to save Gabi. Renee Young was on the case immediately, catching Gabi’s immediate reaction. Gabi, surprisingly, was happy to go, as she apparently wants to train to wrestle the traditional way instead of going the reality show route.

In some digital extras, we see the contestants being put through drills, Jericho giving advice to Sara and Daniel talking about Chelsea’s stint as his “mistress” Megan Miller:

Here, I’ll break down my impressions of each of the female competitors, based on their performance in the episode. Lita and Paige get some love too.

Chelsea: I admit that I soured on her the moment she showed up, since she seemed to want to jump right into the “reality show villain” box. As the episode went on, though, I warmed up to her. She was kind to Sara and did the best in the in-ring challenge, which makes her jump in my esteem easily. I’m interested to see what she does next.

Gabi: Another elimination I’m not too sad about. She just didn’t have “it” and didn’t come even close to grasping the concept of cutting a promo. Hopefully, with her gone, the drama levels will drop. Though, we still have Patrick to worry about…

Giorgia: She won yet another competition this week, impressing in the promo challenge. She appears to have a lot of the aspects of a successful Diva, and I suspect she’ll be running neck-and-neck with Chelsea as we go forward. Those two are absolutely at the head of the pack.

Sara: It was rough to see her being put through the ringer this week, getting targeted by Jericho, Billy and Paige. I won’t say she didn’t deserve it, because she desperately needs to get out of her head to succeed. I think it worked on some level, since she did well facing off with Paige at the end of the show. I hope she makes a real change soon, because it’s just not enjoyable to see constantly be yelled at. At this point, I think she’ll make it to the end, judging by how much the WWE Universe likes her. Did you see that vote margin??

Lita: Is there anything to say? As always, the trainers faded into the background. If WWE wants to produce another season of Tough Enough, I hope they rework how the trainers are utilized. They are so getting the short end of the stick here.

Paige: It was nice to see her defend herself for her “meanness”, especially since I was one of the people ragging on her for it. I still don’t think she needs to be “the mean one”, but I totally get what she’s trying to accomplish with Sara. She succeeded, too! Time will tell if it has a lasting effect, though. Hopefully she’ll find someone new to put in the bottom three next week. 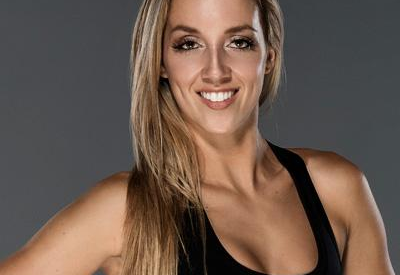 Chelsea. As I said before, she started off on a bad foot, looking very calculating and phony, but I left the episode being impressed by her. I’m sure her wrestling training will give her an edge, both in knowing the business and having a genuine love for it. I just hope she sheds that “reality show” veneer ASAP, because there are ways to get noticed without looking so fake.