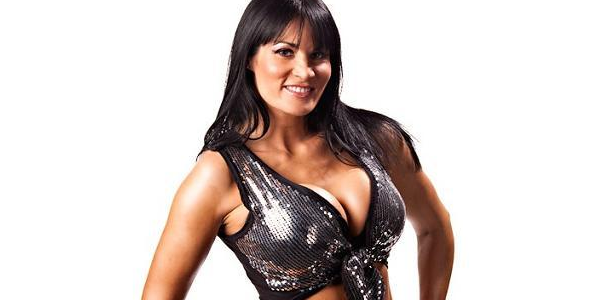 Former TNA Knockout Traci Brooks has taken to Twitter to clarify why she won’t be present for TNA’s upcoming Knockouts PPV.

It was recently reported that the “Original Knockout” had declined the chance to appear at the One Night Only: Knockout Knockdown event, and now she has reached out on Twitter once more to clarify her reason for saying no. She said:

“People r reading way 2 much into this. Unfortunately I had to say no to TNA for the KO ppv as I couldn’t make it that day. No other reason!! Tna is my family and hopefully be there next time and know my KOs will put on a hell of a ppv!! Xo”

Traci is among the likes of Angelina Love, Kharma, Rain, Roxxi, Sarita and Winter who have all stated that they won’t wrestle on the upcoming show, though only Sarita has given a reason for declining the offer.

TNA One Night Only: Knockout Knockdown, which will crown the “true Queen of TNA”, will be taped this Sunday, March 17th.