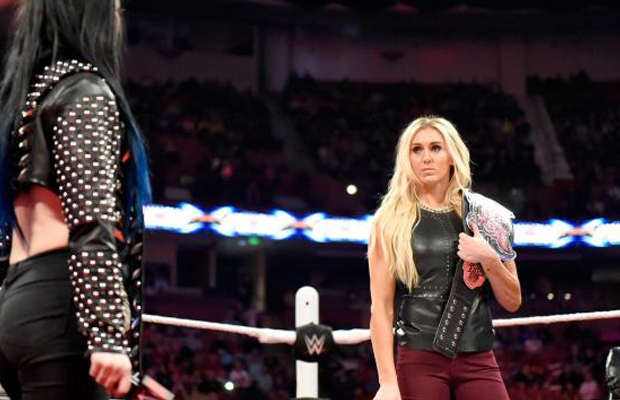 “Your brother didn’t put up much of a fight, did he?”

When Paige uttered those words to her Survivor Series opponent Charlotte last night the wrestling world froze. Did she really just say that? Did a DIVA really just get that personal in a storyline? A storyline that for the last few weeks really hasn’t had much of a story to begin with. Yes, she went there…and it’s exactly what this angle needed.

Bringing up deceased relatives or wrestlers in any storyline is a touchy subject. Some see it as a blatant exploitation. In this case, it doesn’t seem like exploitation at all. It was a comment made by Paige to add fuel to this rivalry, some fuel this rivalry was thirsting for. Something this rivalry needed to save the characters of both competitors. It was done well.

Much of the outrage from WWE using Reid Flair’s name in last night’s main event promo was because he passed away from a drug overdose in 2013, right around WrestleMania season (his cause of death was also not mentioned in last night’s segment). It was a tragedy. It’s something the Flair family has struggled with, notably Charlotte who has a prayer for her brother tattooed on her ribcage. The decision to use Reid’s name in last night’s promo must have been a difficult one but if you think for one second this something that Charlotte was against doing you need to take a step back. Charlotte comes from a professional wrestling family. Her father is one of the most decorated competitors to ever step foot in the squared circle. She understands the business and why sometimes it’s necessary to get personal. It was real. She would never agree to this segment if she knew it wouldn’t help the feud.

Fans all felt something when Charlotte brought up Reid early on in last night’s promo. There was sorrow and people beginning to become uncomfortable. It was obvious this promo was a struggle for Charlotte to get to. It’s the first time she’s really addressed her brother’s passing on television but she got through it. She knew this is what she needed to do to make fans know there’s real animosity between her and Paige.

Any fan had to have known sooner or later this would come into play. Charlotte has a multitude of angles in her personal life WWE can touch on to add fuel to the fire. Personally, I thought they’d save this for later on down the road for a feud with Sasha Banks but bringing it up now was the time to pull the trigger. Charlotte was beginning to become hated by the WWE Universe, at no fault of her own. She’s stuck as the top babyface and WWE wants fans to like her. She can’t be edgy; she has to play it safe. Her current role reminds me so much of Michelle McCool, circa 2008. That’s not a good thing.

Paige on the other hand has been doing everything in her power to become a heel. She’s cut promos trashing nearly ever-beloved Diva in WWE, including everyone’s favorite announcer Renee Young. Despite her efforts the fans are still cheering her. She needed to do something DRASTIC.

That’s where Charlotte’s personal life came into play. Not only Charlotte, but also Paige put her personal life on live television last night too. Both women talked about what it was like to grow up in wrestling families and the neglect from their parents, something that no doubt struck both of their heartstrings. They opened up to the Universe about what it was like to have to work to be noticed by their family and not to live in the shadow of their parents.

The last line from Paige really drove everything home with just how emotional this moment was. There was truth behind it; there was perfect rage from Charlotte and all out brawl that had to be broken up by the entire WWE referee team. It was a revolutionary moment for the Divas.

Wherever you stand on the mention of Reid you can’t deny you felt something. Fans were talking all over Twitter whether they loved or hated the promo and all expressed how it made them feel. Uncomfortable, angry, sad, captivated – it made us all feel. It delivered. It gave this storyline a purpose and gave both women exactly what their characters needed. Paige has now gained that strong heel edge her character desperately needed and Charlotte has gained the sympathy of the fans. I have seen hundreds of tweets today rallying for Charlotte to beat the hell out of Paige at Survivor Series.

The segment exposed Charlotte and made her more appear more vulnerabe. It gave fans a quality they could finally relate to with her. Not the “Golden Child” type of angle WWE has been pushing but fans were relieved to see that Charlotte is human. They were releaved to see just like them she feels pain and hurts. They understood her.

Reid’s memory will never die for the Flair family. For them, this is honoring his memory. Reid was training to become a professional wrestler. He never got to have that main event segment to promote a match. He never got a title run. Everything Charlotte and Paige did for him last night was for him. You as viewers have no right to personally offended Reid’s name was mentioned. You didn’t know him. You aren’t his family. Charlotte is. The only person who could have been offended last night was Charlotte. Instead, I think she made her family proud. I think she made her brother proud.

The promo has served its purpose. It was everything a successful professional wrestling storyline should be. Controversial. Personal. Raw.