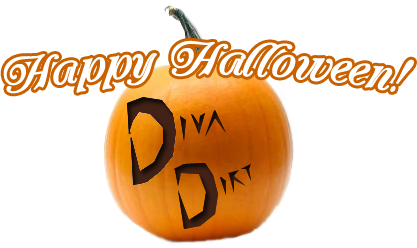 For the past two years around Halloween, (view 2008 and part 1, part 2, and part 3 of 2009) we’ve suggested some tongue-in-cheek costumes for Divas and Knockouts. This year, we continue the tradition. We started with the NXT Rookies, and next up are the Knockouts. The Divas will follow later this week, leading up to Halloween. Enjoy, and be sure to vote for your favorite below! 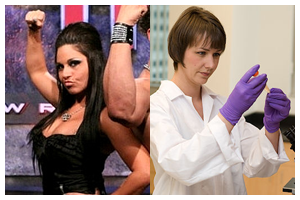 Cookie
Costume: A scientist.
Why?: She hasn’t been around long, but it’s safe to say that Cookie, in emulating “The Jersey Shore”‘s Snooki, won’t be making any medical breakthroughs in the near future. So, to best lampoon her lampooning of the shallow, less-than-genius, party animal, why not dress up as a scientist? Wearing the typical white labcoat and gloves while spouting different stereotypical “smart” phrases (E=MC^2 anyone?) in a New Jersey accent would make it pitch perfect.
Get the look: Go for a mad scientist look or tone it down to look more like the real deal. 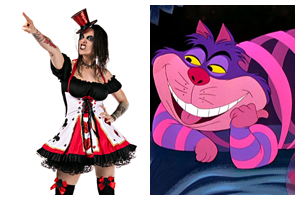 Daffney
Costume: The Cheshire Cat from “Alice in Wonderland”.
Why?: Daffney’s definitely got a soft spot for the quirky, and Alice in Wonderland seems to fit in that spot nicely. Hell, she even dressed as a version of the Queen of Hearts in a Halloween-themed photoshoot on TNA’s website. The Cheshire Cat is easily one of the most iconic characters to come out of the iconic work, and if Daffney wants to up her quirky-ness, dressing as a shape-shifting and disappearing cat is certainly a step in that direction. To keep herself from looking like an extra in the stage show “Cats”, Daffney could act in the lazy, dreamy way the purple-and-pink cat’s known for instead of simply hissing and crawling around. Of course, the disappearing act could be a complication, though if any Knockout could pull off something so strange, it’d be Daffney.
Get the look: Put a costume together and watch the animated movie to get the act down pat. 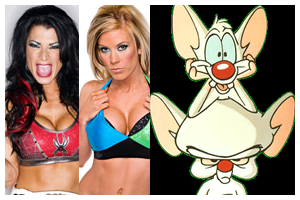 Tara & Madison Rayne
Costume: Pinky and the Brain from the “Animaniacs” cartoon.
Why?: Former friends Angelina Love and Velvet Sky have recently dubbed the duo of Tara and Madison “Pinky and the Brain”. How about turning that insult into a fully realized costume? The fact that Madison was called “evil” in connection to that comparison leads us to believe that she would be Brain, the short, surly, evil rat who plots every single day to take over the world. His sidekick (or rather, cage-mate) Pinky is a taller, dimmer, sillier rat who goes along for the ride and usually screws us Brain’s plans. Tara is known for her silly costumes, and this would fall right in line with them. It’s far too easy to picture Tara putting on the voice and stumbling around like Pinky, isn’t it? Are you thinking what I’m thinking?
Get the look: Find a partner to pair up with, put on some rat ears, don a tail, wear all-over white clothing, and assume the attitude of your chosen rat–Pinky’s loveable but dumb, and Brain’s serious and conniving. 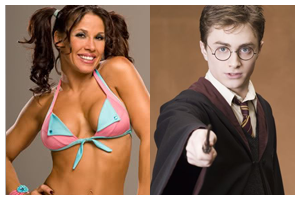 Mickie James
Costume: Harry Potter.
Why?: Okay, so stay with me here. Mickie James’s debut (or rather, return) to TNA was a triumph against adversity, was it not? She was released by the WWE, and has returned to the top of the heap in their main competitor. Who in pop culture is known for surviving a similarly fatal blow? Why, the boy wizard himself (who just so happens to have a movie coming out in less than a month)! Mickie can do cutesy quite well, as seen in numerous photoshoots, and seems to have a penchant for doing so when she’s a babyface. Dressing in the Hogwarts robes, circle-lensed glasses, brandishing a wand, and sporting a lightning bolt scar would be unmistakable. And with her never-say-die attitude and babyface leanings, Mickie’s a sure Gryffindor. Come to think of it, would this make Vince McMahon her Voldemort?
Get the look: Learn all you need to know here, and try to speak in a passable English accent. 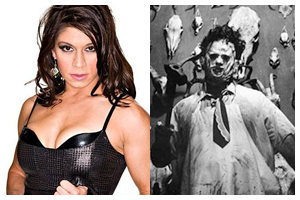 Sarita
Costume: Leatherface from “The Texas Chainsaw Massacre”.
Why?: As of late, Sarita’s been thrown by the wayside, disappearing from television for weeks at a time, only to resurface to do some jobbing. Now, treatment like that might make someone bitter or revenge-minded. Making the leap to serial killer is hasty, yes, but what better way to make yourself known and get back at those who have robbed you than to take on the likeness of one of the scariest slasher movie villains of all time? Leatherface, wielding a chainsaw, isn’t someone TNA management would ignore. Sarita, unknown under the disguise, would take out Knockouts left and right (by less fatal means, of course) until she is revealed, making her a force to be reckoned with once again. Either that, or they’d label her as a chainsaw-carrying weirdo. Still, it’s better than being a jobber, right?
Get the look: Make the mask, wear the dingy apron over a button-down shirt, tie, and dark pants. Last but most importantly, wave around a 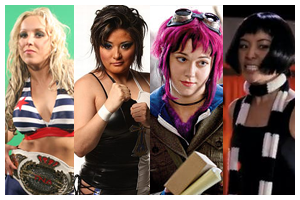 Taylor Wilde & Hamada
Costume: Ramona Flowers & Knives Chau from the “Scott Pilgrim” comics and movie.
Why?: These two have been Knockouts Tag Team Champs for quite a few months now, becoming an unexpectedly formidable team. Another similarly unexpected pairing are the two kick-ass girls from the “Scott Pilgrim” books: Ramonda Flowers, the punky, mysterious girl with ever-chaning hair color, and Knives Chau, the Chinese girl who vows revenge against Ramonda, but eventually comes to her senses. Sure, Taylor’s not American like Ramona and Hamada’s not Chinese like Knives, but let’s stretch the boundaries a bit, shall we? Taylor can sport a bright blue wig and carry a giant hammer, while Hamda wields blades and wears a long, flowing striped scarf. I highly doubt anyone would be rushing to challenge them for the tag team titles.
Get the look: Don a colorful wig for Ramona and take hints from her illustrations, such as roller blades, goggles, layered clothing, and a messenger bag. Knives calls for a short black hairdo, possibly with a streak of color. The rest of the look relies on dark clothing and a long, striped scarf. 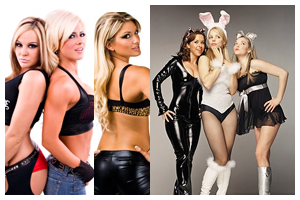 The Beautiful People
Costume: The Plastics’ Halloween costumes in “Mean Girls”.
Why?: Last year, we suggested they dress up as the Plastics, and unmistakable mirror image of their trio. This year, they could take it a step further by wearing their “slutty version of an animal” Halloween costumes from the movie. Angelina, the ring leader, could wear Regina’s bunny costume, while Madison wears right-hand-woman Gretchen’s leopard. Finally, Lacey, the group’s not-all-there equivalent of Karen, could don her mouse costume, complete with the backwards rhinestone ‘K’ emblazoned on her chest.
Get the look: Get the ears: rabbit, cat, and mouse. Pair them with the appropriate skimpy clothing, and you’ve got it!

So, which costume idea did you like best? Cast your vote below and sound off in the comments!