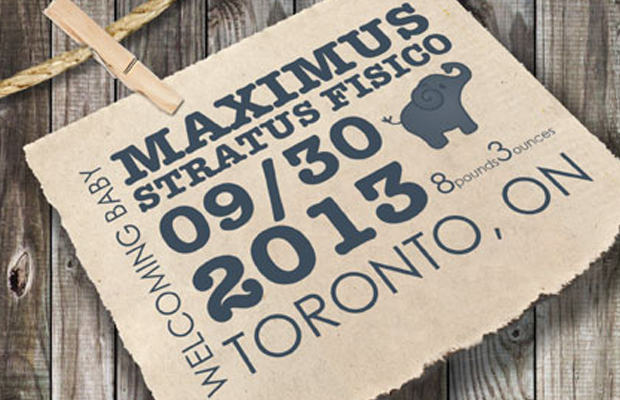 Trish Stratus has finally given birth!

Trish, who first announced her pregnancy back in April during her WWE Hall of Fame induction speech, gave birth today to son Maximus Stratus Fisico. The baby weighed in at a healthy eight pounds, three ounces.

The announcement comes a week after Max’s due date, and is via a simple graphic posted to Trish’s official website, giving her spin on the traditional birth announcement.