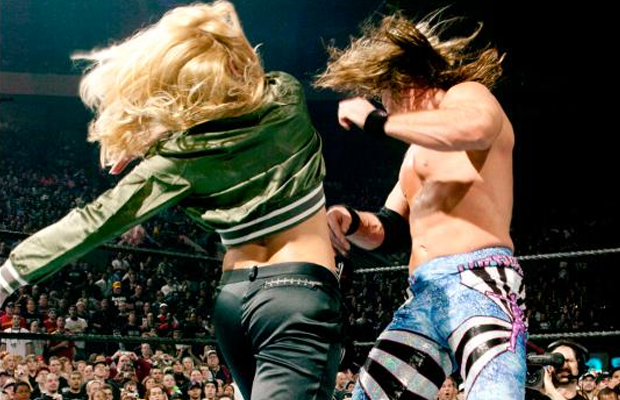 Last night’s episode of WWE Countdown ranked the WWE’s biggest backstabbing moments, and one Diva’s misdeed made the list.

Trish Stratus‘s betrayal of Chris Jericho at WrestleMania 20 landed on the list at number ten. Speaking about the moment, Trish explained her motivations, saying that once she found out about the Canadian dollar bet, she wanted revenge. Thus, she conspired with Christian to avenge her broken heart.

Two of Trish’s fellow WWE Hall of Famers also appeared on the show: Lita commented on the split between Matt and Jeff Hardy, which ranked at number four, while Sunny was featured on the list’s “Diva Detour”, which highlighted her opportunistic ways.

AJ Lee, who was shown in the show’s promo, was surprisingly not featured in any form.

You can watch the latest episode of WWE Countdown on the WWE Network.