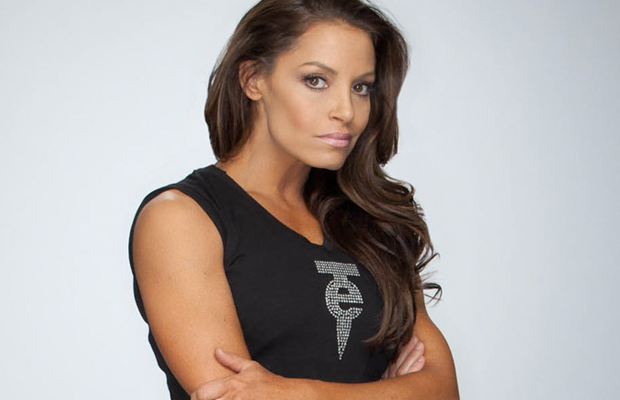 She talks candidly about what makes Divas from her day different from Divas today, what needs to change about the division, the importance of building a character and much more.

Will she have more children?: “Absolutely. As soon as the body’s ready, we’re probably going to get on that.”

The secrets to her success: “It always comes back to ‘right place, right time.’…I always talk about it, but how would I ever become a seven-time champion or have that many great matches under my belt if I didn’t have that many great opponents to work with?…The fact that it wasn’t PG – that was a great thing for us too.”

The benefits of not being PG: “It’s not the sexual stuff that we did or the undertones. It wasn’t so much that…It was the moments I got to mix it up with the guys. That’s a huge thing.”

Mixing it up with the men: “The fact that we were women’s wrestlers and got to mix it up with the men wrestlers…The fact that the underdog got to be tossed over the top rope by the Big Show…and obviously going through the table by Buh-Buh Ray Dudley… And then being able to have a match with The Rock and Triple H and being in there with Kurt Angle…those were huge things for the character of Trish Stratus. That’s the kind of thing that’s missing today…It’s just the mixing up of things. We don’t really see that anymore.”

Making herself distinctive: “It’s all about building your character…The night I debuted, I went to the mall to get my outfit. I could have bought a sexy little dress like every other girl was wearing. I mean, I did, but I also got the cowboy hat and the trench coat and the boots. This is my uniform. This is my costume. It’s about establishing yourself by your costume…We respected each other’s colors and outfits and looks. ‘Well, I can’t wear fishnet because that’s what Amy [Lita] does.’ We respected the gimmick, so to speak. In the ring, we had our protected move sets.”

What Divas today are missing: “I can’t say I have been watching it as much as I was a few months ago, but there was a point where everyone was doing these tilt-a-whirls and everyone had the same moves. It seemed to me that the girls were going out there to show off the moves they can do. It’s not about that. It’s about telling the story. This is the psychology of a wrestling match. It seems like it’s turned into this big, like, ‘Let’s just do our moves out there!’…You wouldn’t see everyone doing a spine buster…That’s what I think is missing now: maintaining the integrity of the characters…Even if it’s just a few minutes out there, it’s a chance to establish your character.”

Ivory, Jacqueline & Molly Holly: “They were so generous and so giving and really helpful. Those three gals: they were it. Ivory and Jackie let me hone my skills…It takes someone like [Molly] with her experience and to be confident in herself to say, ‘Trish is probably going to shine in this moment, but that’s okay.’ That was really big of her. That’s what’s missing today too.””

Working to raise the bar: “Fit kept that perspective for us. It’s not about the win. It’s about the performance…We knew that this five minutes could potentially be seven minutes next week, and the seven minutes the following be could be possibly a Pay-Per-View the next week. Every match was about going out there and setting the tone and raising the bar…It was just between the two of us, see what we could do out here to garner interest and change the fans views on us a bit, because initially it was just ‘puppy’ chants.”

Opportunities brought on by social media and Total Divas: “I think it’s a good thing. They’re bringing attention to the women. I think you’re gonna see more and more of them. As long as we see the the opportunities turn into establishing the women’s division again…establishing them as contenders and real athletes.”

Prioritizing in-ring talent over looks: “There’s a phase where I was so hell bent on showing everyone what an athlete I was in the ring. I got a little bit ugly for a bit there. I just didn’t care about my makeup as much. My outfits weren’t as sparkly, so to speak, and I didn’t have as much tanner on, maybe…I just wanted my match to be amazing…I remember when Amy [Lita] and I were doing our main event match. There was kind of a funny moment where we looked at each other and looked at the other girls, who were putting on spray tan and everything was sparkly and shiny, and we looked at each other and I said, ‘I think I wore this outfit for the past three days for the house shows.’…You’d think we’d care, like ‘Gotta wear a main event outfit,’ but it didn’t. It was what we were gonna do in the ring. We get it: you’re beautiful, and you’re a woman. Great. Let’s get in the ring. Let’s be athletes. It takes time, and certainly the guys are used to seeing the pretty girls, but eventually they’re going to start to tune in because they want to see a good match from the women as well. I think we’ve seen that in TNA. That’s what I’ve noticed for sure.”

Being friends with her crop of Divas: “Remember those old videos we would do? That was fun to be able to get away and hang out together. We were actually all friends. When you’re working with a friend in the ring, it makes such a difference. I often get asked, ‘It would be awesome if you guys had a Divas show back in the day,’ and I’m like, ‘Hm.. Kinda would be a real boring show.'”

Finding out she and Lita would main event Raw: “We found out the day of. It was just a complete surprise…We were shocked, but we knew we had really put the work in. Everyone can say, ‘I deserve to be in the main event’, but we felt like we deserved it. We worked our butts off…We had this continuous rivalry that had been going on since we both debuted four years before that…That was probably the most pressure we ever had to pull out all the stops…I was working with my best friend…We knew her strengths and we knew my strengths, and we had the wonderful luxury of a storyline behind us.”

What was tougher: a Hardcore match or being Vince McMahon’s mistress?: “Probably being Vince’s television mistress…I know I’m viewed as a sex symbol…I can pull off that look when I need to, but it’s not really me.”

Appearing at WrestleMania Axxess: “Who knows? Maybe I’ll bring him [her son Max] to the autograph signing.”

Being in a relationship with a non-wrestler: “For me, when I was on the road, and I was able to disconnect and not be Trish Stratus for three days a week and just be normal and take the trash out and be a partner to Ron, it grounded me, it made it real, and it put things into perspective every week. It made me appreciate what I was leaving every week and what I was coming home to every week.”

Needless to say, this is an excellent interview that delves into a lot of topics we haven’t heard Trish talk about. You can listen to the entire interview on Podcastone.com.