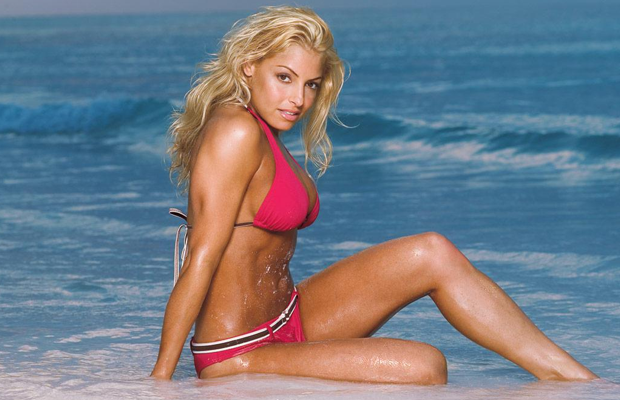 Last week, WWE.com published its list of the “25 Hottest Bodies” in WWE history.

You’ll forgive us for not immediately taking notice of the list, as it appeared to primarily feature WWE Superstars and the occasional bikini-clad Diva.

The WWE Hall of Famer and Diva Dirt Legacy Award honoree bested the likes of The Rock, John Cena and Dolph Ziggler to land at the number one spot.

WWE.com explained its choice in detail:

On the March 19, 2000, episode of Sunday Night Heat, a debuting Trish Stratus strutted onto the entrance ramp with the confidence of a woman who had spent years refining her body to the point of human perfection. The seven Women’s Title reigns and WWE Hall of Fame induction that followed were the result of what the determined Canadian had been willing to put her body through, but what matters here is that physique in its natural state. The tautness of her stomach, the curve of her hips, everything else we can’t talk about in mixed company, that’s what made Trish the finest Diva the WWE Universe had ever eyeballed. That she was so much more than a body was just a lucky bonus.

It’s no surprise that the list was peppered with Divas, given that WWE.com has to maintain its testosterone-fueled reputation, but it’s a pleasant surprise to see a Diva be honored for her physique–beyond the obvious parts, that is.

Do you agree with WWE.com’s list? Who did they miss?