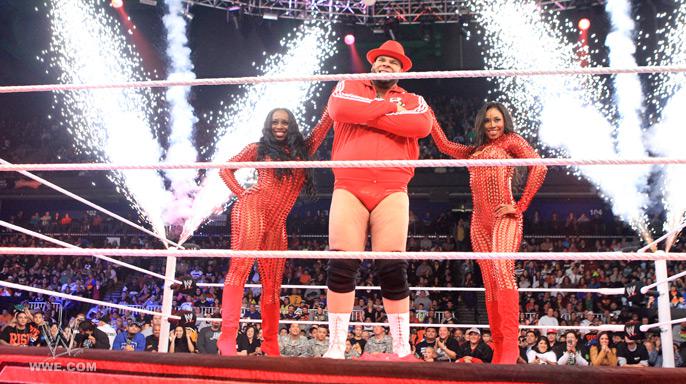 Naomi came second on the third season of NXT and is perhaps the most athletically gifted in-ring female in WWE’s developmental system. Meanwhile, Andrew was the first contestant cut on Tough Enough last year, but was still signed by WWE. She goes by the name Cameron Lynn in FCW. Andrew is perhaps best known for citing Alicia Fox vs Melina as her favorite match on the season premiere of Tough Enough.

Thoughts: My initial thought was, “Poor Naomi!” However, other Divas have debuted in silly roles but gone on to grow their careers. Victoria/Tara debuted as one of The Godfather’s “hos”, Kelly was an exhibitionist etc.