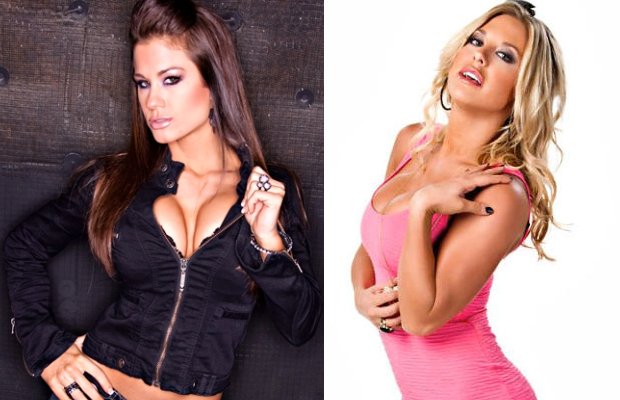 Brooke and Taryn Terrell may be making their TNA returns soon, according to a report by PWInsider.

The Knockouts reportedly took part in a photoshoot for WrestlingKnockouts.com, indicating that they’ll be brought back into the fold soon.

Brooke has been absent from TNA television since late December, having wrapped up her storyline with Bully Ray.

Taryn, meanwhile, has been out since the summer, having given birth to her first child in March.

PWInsider also corroborates reports that TNA will be taping its second Knockouts Knockdown Pay-Per-View this Saturday, which could bring both women back to the ring.

Do you think Brooke and Taryn will be at Knockouts Knockdown?