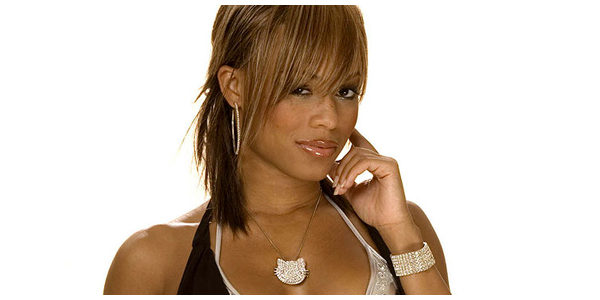 In a small update on a Knockout that sort of disappeared from our screens to little fanfare, Kristal Lashley is now referring to herself on Twitter as a ‘former TNA Knockout’.

Kristal and husband Bobby were last seen on TNA Impact in January. At the time, in storyline, the couple requested their immediate release from the company so Bobby could concentrate on his MMA career. It seemed this was going to be the start of a new storyline with Kristal cutting a fantastic promo on the January 4th live edition of Impact, but the two were eventually dropped as characters when Bobby was ‘fired’ by Eric Bischoff on a later episode of Impact.

It looks as though Bobby is indeed concentrating on his MMA career right now as he was quietly taken off the roster in February. There was no official word that he or Kristal had parted ways with TNA, but I guess her Twitter bio provides some closure on her status.

For what it’s worth, I thought Kristal was really blossoming into a great talker and it would have been nice to see her continue on in TNA without Bobby, perhaps as a manager for another Knockout.