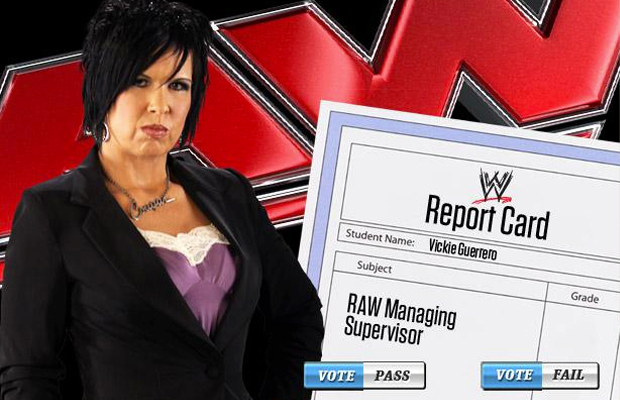 We all know that the WWE loves to push their official app. During shows, it’s mentioned quite a bit by the commentators in an effort to make the shows more interactive.

Last night, the WWE took the interactivity to a whole new level: fans had the chance to vote in a poll for Vickie Guerrero‘s job evaluation. Apparently, so many fans voted in the poll that a new record was set for most votes ever counted on the app!

300,000 fans voted to decide the fate of Guerrero, 75% of fans believing that the Cougar wasn’t doing a good job.

Obviously the results of the poll weren’t in Guerrero’s favor, but she does deserve some congratulations on setting a new record!