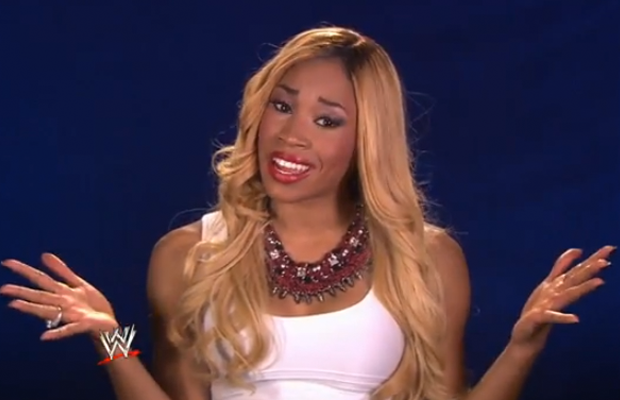 Cameron takes the stage in the latest WWE Inbox, answering fans’ questions about Total Divas, dancing, getting a Divas Title shot and more.

She describes being on Total Divas as having a second job, since they have to balance being followed by E! cameras with their regular Diva duties.

Cameron says she can’t see AJ Lee joining Total Divas after all the negative things she’s said about it, but if she decides to, “Good for her.”

On who would win a match between her and Naomi, she says it could be a toss up, but would love to face her fellow Funkadactyl one day.

She talks about her title shot at Elimination Chamber, admitting that she was nervous, as it was her first one-on-one Pay-Per-View match. Though she didn’t win the title, she’s grateful for having the opportunity.

Lastly, she admits that before her days as a Funkadactyl, she didn’t know how to dance. Naomi, who has trained as a dancer, helped her get to the level she’s at today.

Watch the latest WWE Inbox below: