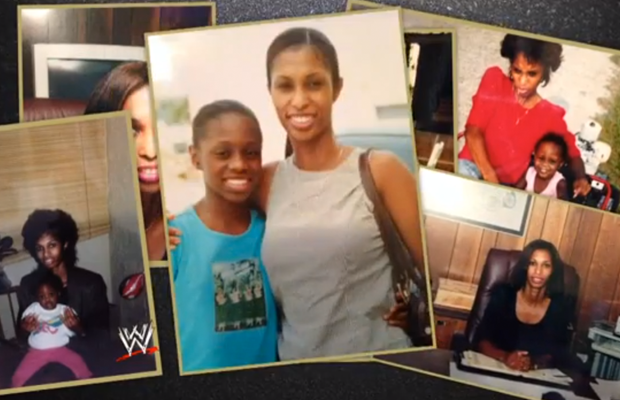 Throughout February, the WWE has celebrated Black History Month with a series of videos showcasing African American wrestlers, the latest of which features Total Divas star Naomi.

In the video, Naomi speaks on the importance of Black History Month and talks about her mother, who she calls her hero. She says she owes everything she has today to her mom.

She also names former Divas Jazz and Jacqueline as influences, saying that watching them compete in the WWE convinced her that she could do the same.

Her biggest goal, she says, is to headline WrestleMania. While she knows the goal is not probable, she says “the sky’s the limit.”