You guys ever wonder what could have been in WWE? Ever think that a few less ‘future endeavors’ would have made a difference in today’s division? Ever think of how things would be without the Diva Search? No? Well, don’t worry cause I’ve done the thinking for you. Here’s a couple of circumstances that woulda, coulda or shoulda created an alternate reality in Diva World. 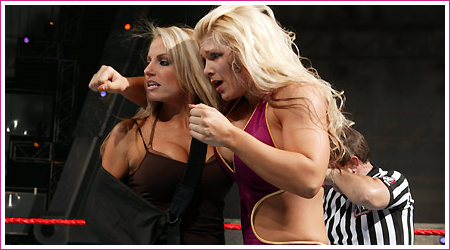 WHAT IF: Beth hadn’t had her jaw shattered by Victoria?
Remember Beth Phoenix‘s first appearance on WWE television? She was a scorned ex-friend of Mickie James and came to the aid of (then injured)Trish Stratus. She seemed to be on a roll until Victoria bitch slapped her jaw to pieces. Ouch!Â  She was out of action for a year and came back as a heel.Â
Â
Would she still be a face if it hadn’t been for the injury? I think not. WWE has a tendency to make their really strong girls into heels. She would’ve probably turned on Trish after a while, and started on her journey to being WWE’s dominant diva.Â
Â
Would Mickie still be a face? Of course! Did you hear those cheers at ‘Mania even when she was a heel? They even booed Trish for her. She was destined to be a fan favorite.Â
Â
Lastly, if Beth hadn’t gotten injured we would know why Beth was so pissed at Mickie to begin with. That still bugs me to this day!Â
Â 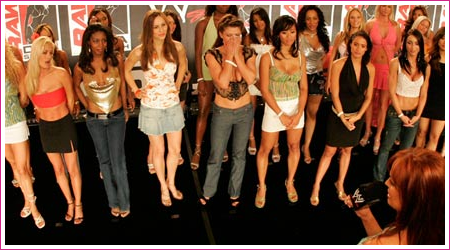 WHAT IF: There was no Diva Search?
There are two sides to this coin. If there was no Diva Search we all could have been spared watching countless matches by girls who had no talent for wrestling or were training on the job. No Christy Hemme, No Maria and No Tiffany. On the other hand, the lack of the Diva Search would have meant No Michelle McCool, No Maryse, and No Bella Twins (is that really a bad thing?). Most importantly no Diva’s Championship. Without the Diva Search, WWE probably wouldn’t have enough Divas to justify having a second title.Â
Â 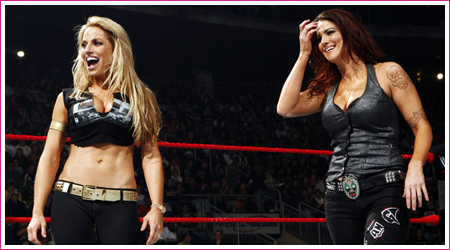 WHAT IF: Trish and Lita has never retired?
Trish and Lita, two of the only three women to main event RAW. Arguably the best Divas to ever step foot in a WWE ring. But would they be able to stand out in the current roster of Divas. I think so. In fact I think Trish and Lita could have helped groom this generation of Divas into solid in-ring competitors. I could see them taking Kelly Kelly, Candice, Maria and the like and really whipping them into shape. If they were still around maybe this era of Divas would just as ‘golden’ as the last.Â
Â
What do you guys think? Any other events that could have changed Diva History? Comment!
January 31, 2009